According to a recent academic study, paid advocacy doesn’t always yield the best results. The researchers followed a Chinese shopping platform as it paid users the American equivalent of 25 cents in store credit for each written review. Surprisingly, they found this led to a 30% decline in reviews.

Why the decline? In short, reviewers who were once motivated by nothing more than their concern to help fellow shoppers were now worried that they would be viewed in the wrong light. They didn’t want to be perceived as paid shills for the corporate brand, so they just stopped writing.

A few years ago, an article in Forbes said it perfectly: “organic love is better than paid love.”

People can intuitively tell the difference between a zealous super-fan over against a luke-warm advocate-for-hire. The former oozes genuine excitement while the latter does the bare minimum to scrape by and collect their reward.

You may be able to trade cash for enthusiasm, but don’t expect it to be the kind of authentic enthusiasm that gets people genuinely excited about your brand.

The futuristic car company touts an impressive array of advocates including loyal customers and fans who just think they’re cool. In late 2015, one of the latter decided to make his very own Tesla ad.

Who does that?!? To date, nearly 250,000 have viewed the ad. Tesla didn’t have to pay a dime for it. That’s the kind of organic love that money could never buy.

Three Tips for Incentivizing your Advocates Without Bribing Them

To bring this out of the clouds and to a place where you can concretely apply it to your own efforts in advocacy marketing, pay attention to these three tips:

1. Focus Your Advocate Recruiting – When you’re designing your advocacy program, formulate a persona for your ideal advocate. Focus on reaching that persona and no one else. Often, marketers will default to a ‘bigger is better’ mentality and try to make an advocate of everyone they can find. When you fall into that trap, you’ll not only attract fake enthusiasm, but you’ll water down your rewards in hopes of casting a wider net.

2. Design Rewards that Appeal to True Fans – Speaking of nets, draw that sucker up and switch to a fishing pole. Rewards shouldn’t be designed to draw in every Tom, Dick, and Harry, only the ideal advocates for your brand. With that in mind, choose incentives that appeal directly to your most passionate fans (free swag, discounts on products, insider access). You want rewards that will draw in fans who are already somewhat excited about you, not people looking for freebies.

3. Increase Your Program’s Barrier to Entry – Yes, this is counterintuitive, and it seems to fly in the face of the advice I’d give elsewhere. While I’m not suggesting you make it impossible for new advocates to get into the program, I am saying is you should set your initial tier at a place where advocates must already be pretty excited to get on board. In doing so, you’ll filter out the bottom-feeders who’ll drag your program down into the mud.

There’s nothing wrong with a little incentive for advocates. In fact, it’s one of the wisest things you can to do encourage people to talk about your brand.

Do it wrong, and you’ll eventually pay the price. Do it right, on the other hand, and you’ll have yourself an army of vocal supporters in no time.

Looking to learn more on advocate marketing using your community? Listen to our webinar with Hootsuite on how they built a great advocacy program. 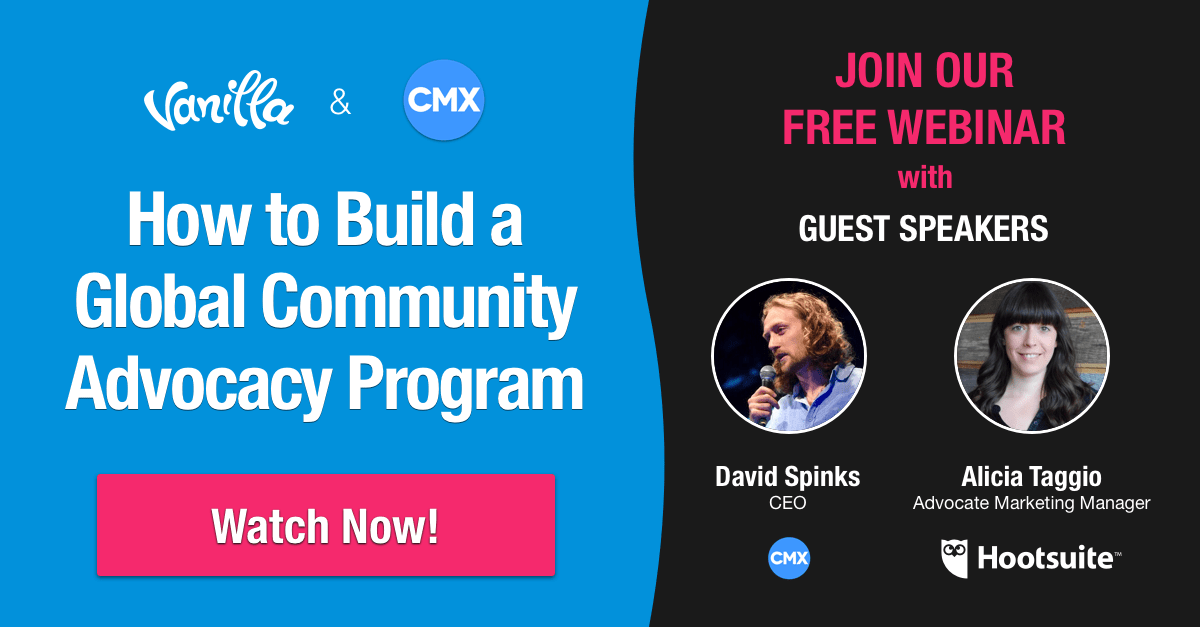