How Collaboration Can Strengthen Your Developer Community

How Collaboration Can Strengthen Your Developer Community

This is the first of a series of posts designed to help you understand how you can encourage developer community collaboration, with some tactical advice from the frontlines on approaching collaboration and how to get it off the ground.

We figured a great first start would be to showcase some of these collaboration success stories to illustrate the benefits of a collaborative developer community.

Developers Collaborate in the Name of a Healthier Ecosystem 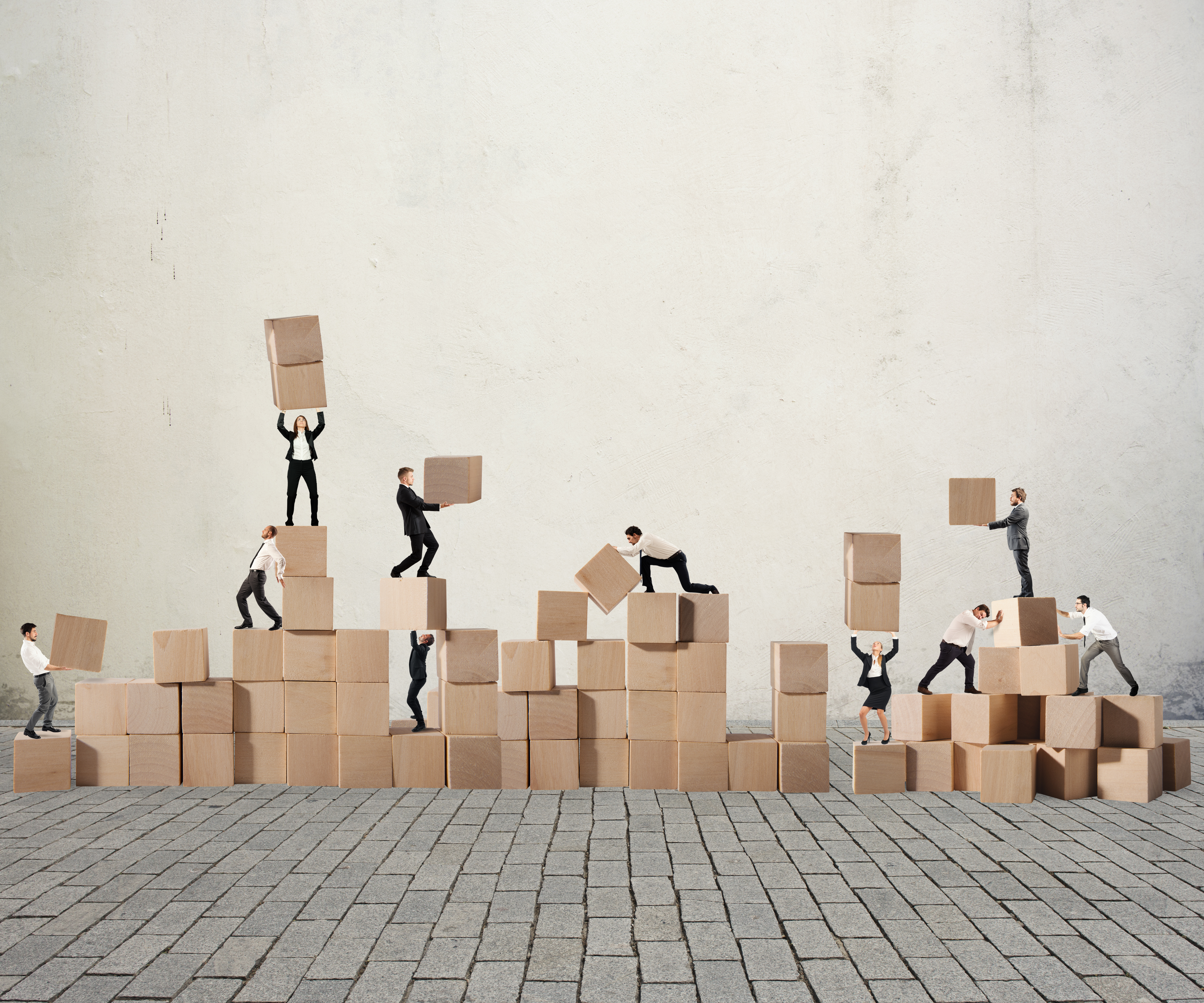 Platforms like Atlassian count on their ecosystem of developers to build integrations and apps that focus on creating an excellent user experience (UX). In fact, excellent UX is a requirement to be showcased in their app marketplace. Some of Atlassian’s app developers decided to take this to the next level.

Neil Mansilla, Atlassian’s Head of Developer Experience, shared a story of spontaneous collaboration that happened during a recent Atlassian “App Week”. Without prompting, Atlassian devs came together and started doing integration tests with each other’s apps. These apps worked great on their own, but problems emerged with Atlassian customers using multiple apps at once. Atlassian’s devs took it upon themselves to not only test multi-app integrations, they also started releasing their testing frameworks for the community to leverage. All in the name of a faster and healthier platform.

“They’re all about how can we have a healthy ecosystem because it just takes a handful of bad app experiences to spoil it for a whole bunch of other people, so I think that that is the ethos here. Let’s give back and make sure that this hums along smoothly for everyone.” – Neil Mansilla

Taylor Barnett is the Lead Community Engineer at Stoplight, a platform that helps developers build, test, and improve their web APIs. As opposed to Atlassian, Stoplight is an early-stage startup building out a blossoming developer community.

During our chat, Taylor shared one of her earliest community ‘wins’ with us, which occurred when  a member of the Stoplight developer community built a Jenkins plugin for the rest of the community to leverage. The developer in question held a day job as a software architect, so the fact that they chose to give back to an early stage tool symbolized a deep commitment to Stoplight and its future.

“To me, that was really awesome because he comes from a more enterprise-type company, but he’s over there debugging things with users. When users ask me for help, I say, “just go post on that thread because I know he will help you.” He has, which has been super awesome.” – Taylor Barnett 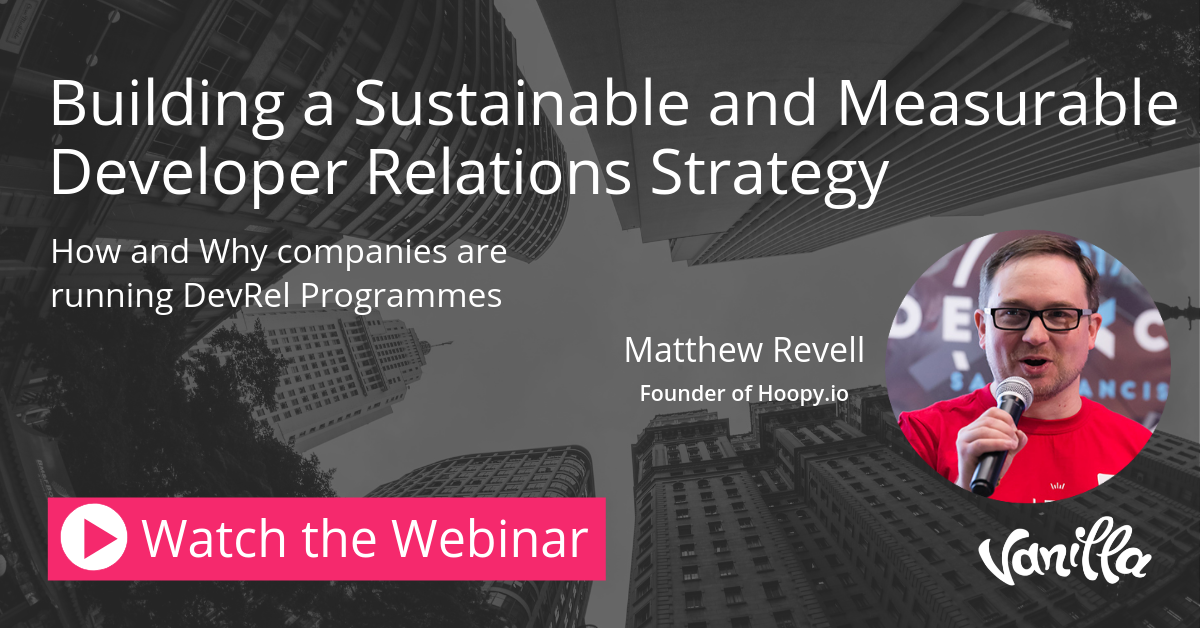 A sure sign that your developers are collaborating is when they take it upon themselves to create their own dedicated community space; this was the case with developers at Atlassian. They  created their own marketplace vendor Slack community as a place to hash out relevant topics away from the watchful eye of the company.

This community-led slack group was quite exclusive; so exclusive that even – Atlassian employees weren’t in it. Neil says, “We’re not invited to it because they want to feel like they can speak openly without reprisals. I haven’t asked to be part of it because from what I understand, it’s healthy.” NB: We’ll cover the best approaches to community-led spaces in a future post in this series.

When Shopify saw that partners and developers were self-organizing, they invested in resources to help these meetups be as successful as possible. Liz Couto, Shopify’s Developer Product Marketing Manager says, “Shopify’s developer community works together and is huge on collaboration. They are really amazing at hosting their own meetups for merchants and other fellow partners.”

Just because developers are leveraging your platform or tool, doesn’t mean they are cut from the same cloth. Both Shopify and Atlassian stress the importance of giving developers space in your community to self-identify, giving them more ways to discover new opportunities to collaborate.

Neil from Atlassian tells us that the majority of Atlassian’s “marketplace millionaires” got started customizing their company instances of Jira or Confluence (both Atlassian workplace tools), but through exposure to other developer stories in the Atlassian developer community, were able to scale their solutions and become more successful.

“There’s not a formula to it, but they all definitely touch one another and then in fact if you were to look at the community make up at an in person event, or even online, it is a mish mash of all of those things and at any given moment in time, it’s all of them together” – Neil Mansilla

There are some fairly unique and technical ways that developer communities can reach peak collaboration. Shopify’s apps occasionally become platforms of their own. One example is Yotpo, a customer reviews and ratings app, which has APIs that developers can use to build apps that leverage both Yotpo and Shopify data.

Mergers and Acquisitions, Oh My!

The pinnacle of developer collaboration has to be acquisitions. Atlassian has seen their fair share of larger ecosystem apps buying up newer apps with potential. According to Neil, “…there’s a little subculture of Atlassian mergers and acquisitions within the ecosystem which is pretty awesome.”

Finally, just because a developer community collaboration doesn’t directly impact the overall speed and scalability of a platform, or result in a million-dollar acquisition, doesn’t mean it doesn’t have tremendous value. Liz from Shopify shares a story that recently came out of the Shopify community and reminded her what a fantastic place it was:

“I have one great example of a Shopify dev that builds that custom store experiences, that also loves building apps but hasn’t been as involved with them lately. They found some wonderful recent university graduates in the community who love building apps, and they’ve chosen to mentor them. We see amazing stuff like that sometimes where developers have the skills and interest but not the bandwidth, so they’ll live vicariously through other developers by supporting them” – Liz Couto

Developers can be as collaborative as other community members, but their motivations can be different. App performance and ecosystem health are some of the more obvious end goals we’ve seen in this post, but we’ve also seen developers come together and give back in the form of mentorship and open source contributions. Creating opportunities for developers to collaborate for any of these reasons will lead to a better product and community. 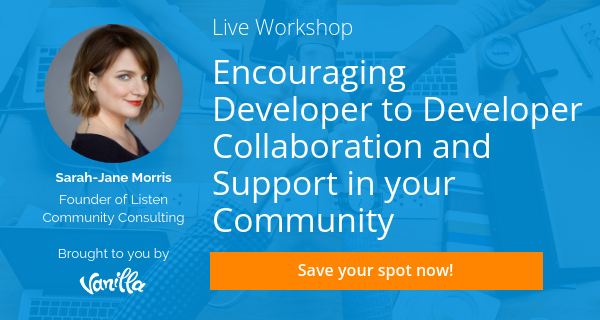 DevRel in 2020: Success Without Travel and in-Person Events (Clone)

Common Developer Relations Challenges and How to Address Them

Common Developer Relations Challenges and How to Address Them