Bipolar UK: A Nonprofit Community That Makes A Difference

Bipolar UK: A Nonprofit Community That Makes A Difference

This blog will take a closer look at Bipolar UK, a nonprofit dedicated to support those living with the condition of bipolar. Bipolar UK is an excellent example of a nonprofit who has prospered tremendously from their online community and has help thousands of people. Moreover, it’s important to highlight nonprofits that deal with mental health issues, since today, while we’ve made some progress in destigmatizing mental health, we’ve still got a ways to go.

The history behind this nonprofit perfectly illustrates the stigma surrounding mental illness that was prevalent at the time. Founded in 1983, when bipolar was known as manic depression, Bipolar UK (so named in 2011) first began as a society, founded by Sheila Woodland and Philomena Germing. A total of 43 people attended the very first meeting in 1982, where a number of common concerns were raised:

The meeting was concluded by a commitment to dispelling the stigma, secrecy and widespread ignorance of manic depression. From there, Bipolar UK has grown to become the UK’s national charity dedicated to supporting individuals with the condition of bipolar and their families through a range of services.

Bipolar UK’s vision is to ensure that everyone affected by bipolar can find the support they need when they need it. Ultimately, this vision statement means that the organization aims to be visible to everyone who is seeking help, and that any and all relevant resources are available 24/7. This vision is backed by a number of startling facts regarding the condition of bipolar that emphasize the need for such a strong and dedicated vision statement.

These facts are found on their vision statement page, and make it clear that Bipolar UK is a charity that has a profound impact on at least a million people in the UK alone:

When it comes to their mission, Bipolar UK aims to continue to support and empower more people affected by bipolar to live well with the condition.

The eCommunity has been in operation for several years now and is very active with over 20,000 members. In fact, the eCommunity received a £200,000 grant from the City Bridge Trust in 2017 due to a 151% increase in the number of people joining the community over the past two years (at the time of the grant). This wave of interest and demand to be a part of the community not only illustrates just how important the work of Bipolar UK is, but also serves as a reminder that the need to connect with others in the “same boat,” is just as important.

In recognition of the important work that Bipolar UK and their eCommunity service, the Chairman of the City Bridge Trust Committee, Alison Gowman, stated:

“Thousands of people are now interacting through the eCommunity each year which provides an invaluable network of support and information for people with bipolar. With such an increase in demand, particularly in London, it is evident the charity needs to expand in line with the needs of its members in order to continue offering such a high service quality – especially amongst children and young people.”

The invaluable network of support described by Gowman is, in part, due to the fact that the eCommunity remains a safe space, where members are able to let their guard down and be vulnerable. As a private community (meaning that you have to register as a member in order to view discussions), Bipolar UK is able to offer the safety, anonymity and security that members desire when talking about something so personal; this empowers members to share their experiences, which boosts engagement and ultimately delivers the best peer-to-peer support.

Members who are new to the community are encouraged to review the House Rules, which prescribe over 20 rules and regulations regarding, among other things, moderation, confidentiality, use of photos and personal information. These rules not only lay the groundwork for member conduct, but it also helps to ensure that members get the best support possible from their peers, the community moderators and the organization.

What’s more is that the community has implemented a reactions system to help boost engagement and encourage positive interactions. The reactions that members have received are showcased on their profile, and include:

Another great feature is that the community categories are listed on the Homepage, which makes navigating the community a breeze. The community offers a number of different categories, which you can also choose to follow and see any relevant notifications. These categories include everything from New to the eCommunity, to Medication, to Young People.

As one of the largest mental health discussion forums in the UK, Bipolar UK’s eCommunity is always busy; and in my opinion, one of the best features is the ability to see who is online. Since there is almost always someone online at all times, it really does a great job at showing members that they’re never truly alone.

While we already know that the eCommunity has had a huge impact since it was awarded a grant in 2017 for all the amazing support its provided, there’s still so much more to be said. In fact, in the most recent Bipolar UK Annual Review, we learn just how much of an impact the community has really had:

In my opinion, one of the reasons why the eCommunity has had such a positive impact is that it doesn’t censor certain types of discussions, but rather provides a category to post more sensitive issues; this means that members who don’t want to see it won’t have to, yet it can still be discussed for those who need it. For example, House Rule #14 states the following:

On occasion individuals may discuss difficult and highly personal feelings and experiences. Thoughts of suicide are, unfortunately, a challenge many of us face. Each discussion differs, but general speaking it is not Bipolar UK’s intention to remove postings because they refer to suicide. We absolutely will remove postings when for example, those postings refer to methods of suicide or promote self-harm. As a consideration to more sensitive eCommunity members we ask that you post about suicidal thoughts, self-harm or other subjects that may trigger people only in the ‘Contested’ forum area of the eCommunity.

By having a rule like this, the eCommunity is able to extend its support functions to every type of feeling or experience a member may have, while at the same time, not subjecting it to those who want to avoid it. The direction that Bipolar UK took when it came to this House Rule proved to be highly effective. Described as “A space for contested issues, content unsuitable for other boards, rants and general venting…please be aware threads in this forum may offend, or may be heated debates and disagreements,” the Contested Category contains one of the largest amounts of discussions within the Community.

Additionally, the eCommunity not only provides peer-to-peer support, but also information regarding accessing other services if needed. Moreover, moderators are present daily from 8am to 8pm; Bipolar UK actually hires several moderators to ensure that the community is overseen and that support is there when needed.

But perhaps the best way to describe the impact that the eCommunity has had is from the members themselves. In the most recent Bipolar UK Annual Review, one member stated:

“As far as I know, there is nowhere else to go for the level of support available via your eCommunity service. When my husband was manic and undiagnosed, as a family we knew nothing about bipolar and I desperately wanted to talk to someone who had been through the same thing, but I did not know how to find such people. Fortunately, I found Bipolar UK and the forum.”

“The eCommunity has been most supportive and has been since I joined in 2013. If it wasn’t for this service I don’t know where I’d be.”

Ultimately, Bipolar UK’s eCommunity is at the heart of the organization itself; it works to connect people, not just from the UK, but from all over the globe, with others who are facing similar challenges.

The eCommunity serves as yet another great example of how much of an impact that community can have for nonprofits. 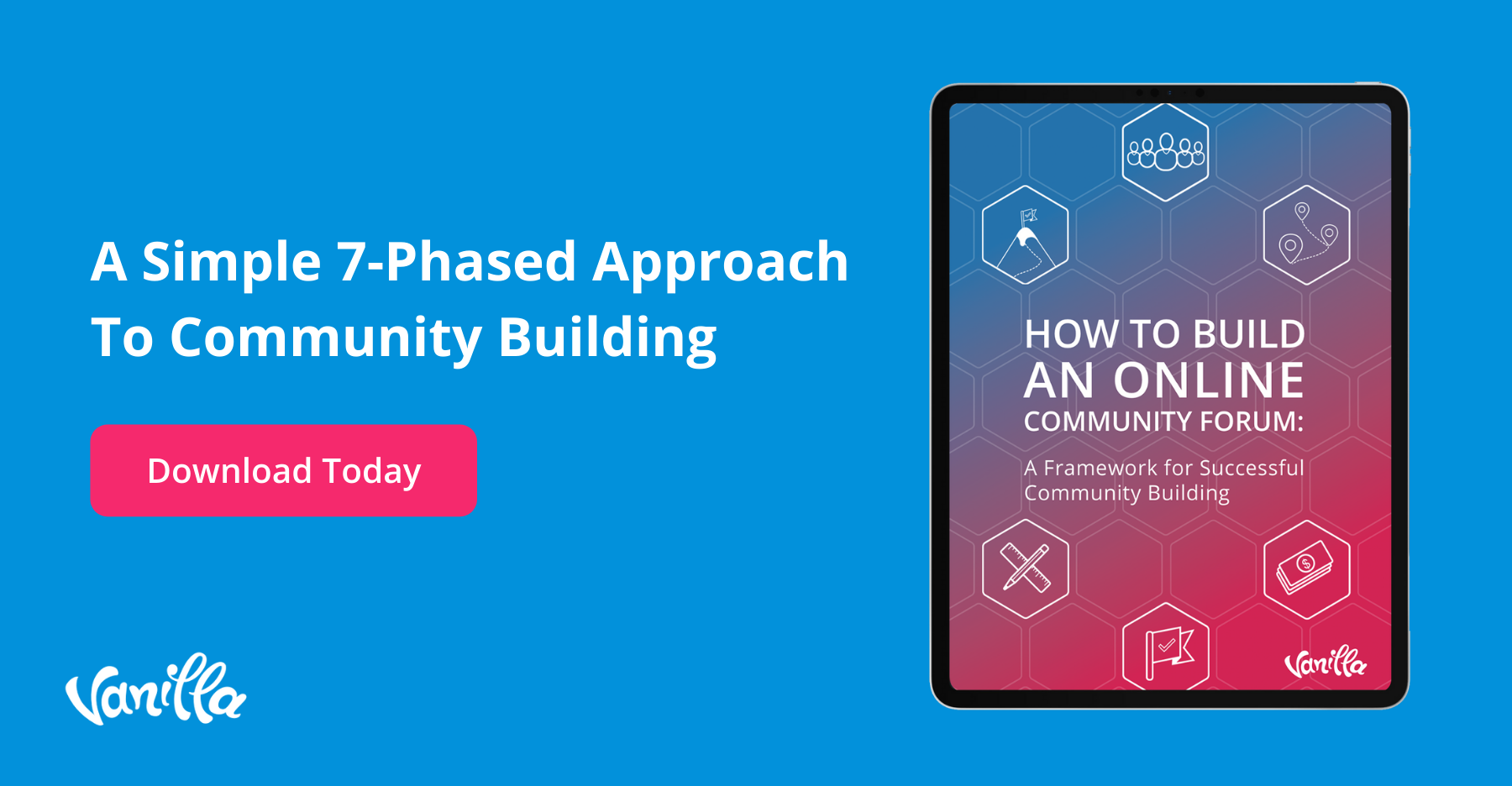