4 Lessons Mad Max Has For Your Community

4 Lessons Mad Max Has For Your Community

Never Underestimate the Power of Word of Mouth

The early success of Mad Max wasn’t because of an awesome trailer or a Super Bowl ad, it was because the first people who saw it couldn’t stop talking about it. Early reviews were incredible, and Twitter would talk about nothing else.

Not every product has the widespread appeal of an action movie, but a good community manager can leverage the power of word of mouth advertising. Obviously, you should provide your users with your own branded community, but you also need to ensure that they can share content with users on other media. Make sure you have your community set up so that fans can easily share their experiences on Twitter and Facebook, and consider setting up SSO so that people can come from those platforms to your own. Help your fans to spread the good news about your products by giving them a place to discuss them and making it easy for them to share the good news.

One of the earliest viral stories about Mad Max was an angry post from a misogynist declaring the movie to be terrible due to its feminist messaging. Far from the intended boycott, this article went viral and contributed to a huge uptake among people who were intrigued by the sound of the movie.

Customer service doctrine has long held that the customer is always right, and applying that principle in community management can cause huge problems down the line. If you pay too much heed to the loudest, most unpleasant voices in your community, you run the risk of alienating the silent majority who can’t stand them. Imagine if the anti-feminist opinion had come out in a focus group, and the studio had edited those elements out. Would the movie have seen that huge success from audiences that loved those elements, and talked about them at length? I doubt it.

Don’t give the squeaky wheel the most grease, and don’t try to please everybody. It’s not possible to do so, and it’s much more important to try to please the right people. Don’t let your community’s atmosphere be dictated by its worst elements. Those are customers you don’t want.

Your Core Audience Might Not Be Who You Think

Once the loud and obnoxious have been whittled out of your community, there’s room for new audiences (who would normally be put off by them) to join, be engaged and learn to love your products. One thing that was striking about the audience reaction to Mad Max was how many female voices were among the crowds singing its praises. Traditional demographic wisdom would dictate that women aren’t interested in action movies. Women can only be seen at action movies if they’ve been dragged there by their boyfriends, right?

As it turns out, this is bollocks. The only reason women weren’t going to action movies is that there wasn’t one that was kick-ass enough yet and, if there was, they didn’t hear about it. Don’t assume that your products only appeal to a limited, “traditional” market. If there are demographics that don’t seem interested, don’t write them off. Figure out why they’re not interested, and see how you can appeal to them or let them know that your product is already something they need.

For years, I’ve run a forum community based around video games and nerd culture, which is, traditionally, a male dominated space. For a long time, I assumed that women simply weren’t interested in the subject matter. In reality, women were clamouring for a place to talk about their love of all things nerdy, but were routinely made to feel unwelcome and out of place. As my mod team became better at kicking out toxic elements, and realising the subtle microaggressions that drive people away, our demographic shifted dramatically. It’s a running project, and one that will never end, but by striving to actively make our community more inclusive, we opened up the floodgates for thousands of new users who were only staying away because they weren’t welcome.

Entrenched communities are stale communities. Don’t pander to your core demographic at the expense of the wide world of customers out there who are waiting for a chance to engage.

A Flamethrower Guitar is a Must For Any Serious Community Manager

Seriously, just look at it 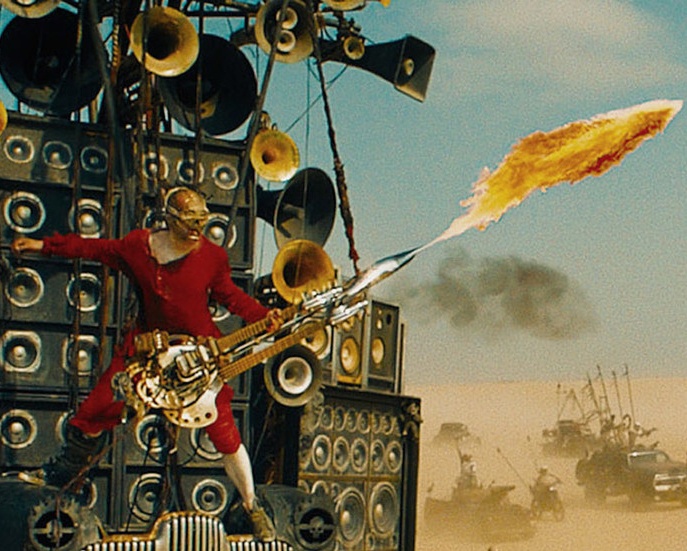 Looking for more information about community management? Sign up for our free guide on Community Manager Basics here.