In fact, even completely new games have been developed through mods, using the original game as a little more than a rudimentary base. One only has to look at Skyrim – the most modded game in history – to see just how popular mods have become. The Skyrim modding community also serves as a prime example of why you should welcome the creativity of modders.

That being said, let’s take a look at just a few ways community-developed mods can help supercharge your games.

1. Players will keep coming back

Most games are forgotten about a few months or weeks following their release, even when they’re initially successful. This is particularly the case with single-player titles that don’t offer much replayability once the player has finished the game.

While there are plenty of exceptions, such as games with multiple branching storylines and different styles of play, a game’s lifespan is ultimately limited by the amount of time and effort the developers have put into it in the first place.

Modding presents a very important exception to that rule.

Although many developers release additional free and paid content to keep their games fresh, giving players the ability to mod your game removes all limitations on replayability. That’s exactly why Skyrim still has the world’s most active modding community, including a few teams working on developing entirely new games based on Skyrim’s engine.

Because of the huge modding community constantly throwing out new game content, Skyrim is still incredibly popular, despite the game being well over six years old!

The ability for the community to create mods in Skyrim are probably one of the top reasons why Skyrim is still so popular.

Casual gamers may be happy with a quick-tapping frenzy on their mobile phones or a brief match in an online multiplayer game, but there’s a rapidly growing community of players who want a whole lot more out of their games.

Many developers don’t even think about the modding community, while others go so far as to ban players outright for tinkering with their games. Smarter developers, however, empower players by proactively building modding communities, often starting with forums on their websites.

Today’s gamers want a sense of belonging to something bigger than themselves. Hence the importance of empowering your players by leading a strong online community. One of the best ways to grow and empower your gaming community is through releasing a modding kit and actively encouraging modding from day 1. This is especially important for games that are older, or have a large number of competitors; if you work to empower your players with the ability to mod, it’s a great reason for them to spend their time with you rather than your competition.

A great example of this, I believe, is the TF2 modding community. TF2 was released in 2007, and is still very active and is one of the most popular games available on Steam. This, of course, is partially due to the fact that it’s now FTP, however modding is a huge reason why people still love the game. Players feel empowered with their ability to really make the game their own. Modding has become a large part of the TF2 gameplay, which has helped keep the game relevant as other games with a similar game style, such as Overwatch (I’ve always said that Overwatch is like TF2 on steroids where everyone has an uber!) become increasingly more popular. 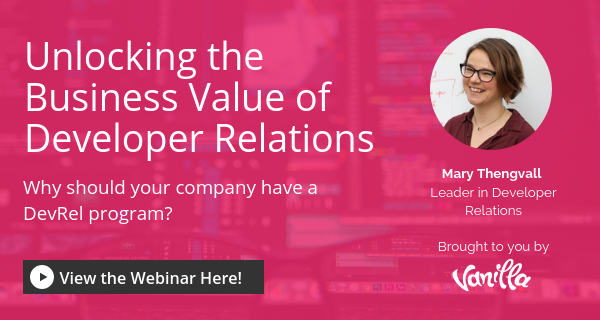 3. Mods can inspire your team

As a creative art, game development is an immensely diverse area, ranging from very successful one-man projects like Stardew Valley, to enormous projects like Minecraft, which has extended far beyond its original scope. While modding isn’t suitable for all games, it’s especially suitable for larger and more ambitious projects that can’t be fully realized within the confines of a single studio.

Take Skyrim and the previous Elder Scrolls games, for example. Enormous modding communities didn’t just help these games endure far longer than anticipated – they also helped to inspire a generation of developers through the limitless potential of the global player base.

In other words, there’s simply no better way to get inspired than by encouraging players to mod your game. That way, it will be your target audience that guides you into your next project, instead of leaving you wandering aimlessly in one of the fastest-changing industries out there.