Why Sexism Stills Exists in Your Gaming Community

Why Sexism Stills Exists in Your Gaming Community

And the simple fact of the matter is, despite your efforts to eliminate sexism from your online community, it’s still there. One only needs to look at the statistics of women in gaming, and it’s clear that the problem is still far from being resolved — there’s a lot of work that still needs to be done.

In fact, over half of female gamers experience gender-based harassment while gaming. A study conducted by Casino.org found that 57% of female gamers surveyed experienced harassment online when others found out their gender. This survey was based on 388 female gamers; while this is enough data to accurately confirm that, yes, this is still a problem, I would argue that, as a female gamer myself, the true number is actually higher. A lot higher.

If sexism is still a huge issue in gaming, then it’s also an issue in your gaming community.

While it might not be as apparent, since community posts are written and not spoken through a mic, it’s still there. The fact of the matter is that the same people that harass female gamers online are present in your community.

The chart below illustrates the extent of harassment that female gamers face on a daily basis. 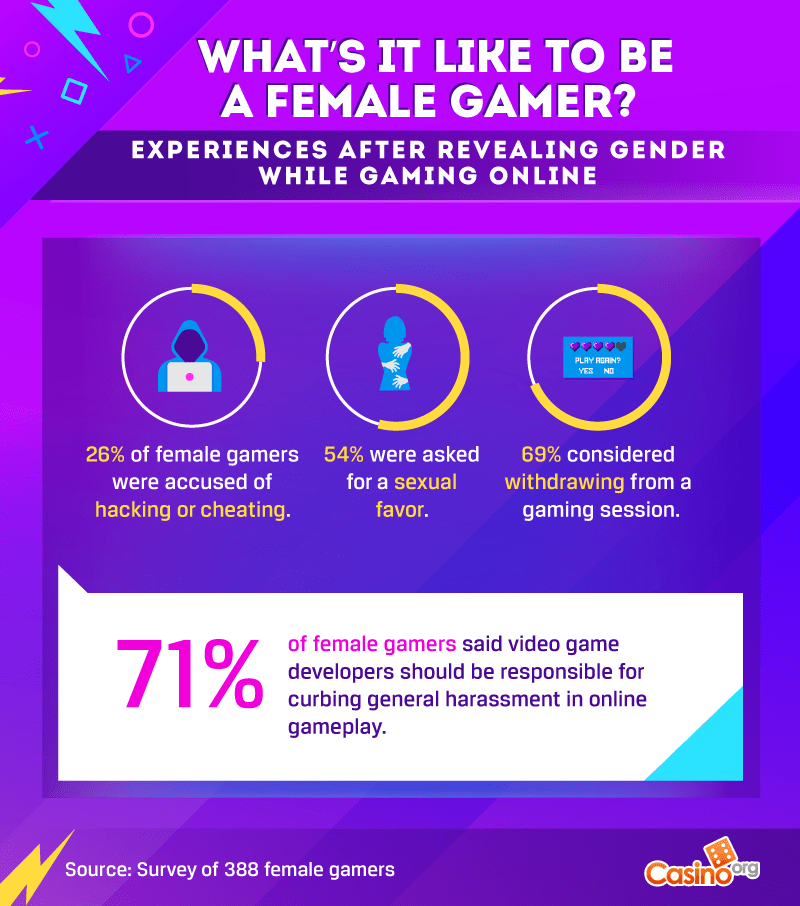 So, it’s clear that sexism still exists in your community. Now, the question becomes: is it ever possible to full eradicate sexism? Well, misogyny will always exist, even if it’s just through sexist thoughts, however you can stop it from appearing and proliferating in your community.

So in short, no, I don’t think sexist thoughts can ever be eradicated, but sexist behaviours? Absolutely. Sexist behaviours and actions can 100% be eliminated from your community so that it’s truly a place for everyone.

Addressing Sexism in Your Community

Does change come from the top or from the bottom?

This is an age-old question that applies to all types of group politics, including your online community. Sometimes, change comes from the community itself; for example, members identifying a sexist comment or remark and pushing for action to be taken. Other times, change comes from the top and serves as a trickle-down effect; this occurs when those with authority set the example for acceptable behaviour, and as a result, others follow suit.

So what tactic should you take to address this issue?

Well, both. This is a huge issues that requires collaboration and unity to address. Let’s start with tactics for those at the top.

Change From The Top

Change from the top starts with how you manage your community. This means that the onus is on you, as the Community Manager, the mods that you select and even the members you select for your Super Fan program. Everyone who holds a position of power in the community is responsible to lead by example.

As a Community Manager, one of the first things you need to do is to ensure that your community rules and laid out from day 1. Think of your community guidelines as your community constitution; anything that you prescribe in these set of rules are legislated by those at the top of your community, and as a result, they truly lay the groundwork for how you lead by example.

As we discussed in one of our previous blog on community guidelines, there are a number of things that you really should include. For the sake of this blog on how to tackle sexism in your community, let’s take a look at what these items are and then discuss how you can shape them to address sexist behaviours:

Actions speak louder than words — laying out the rules is one thing, but it’s a whole other thing to actually enforce them. THAT’s where you’ll have the biggest impact on eradicating sexism in your community.

Change doesn’t come from simply stating what you plan to do to address the issue; it’s about following through. It’s about banning that person who made a sexist comment even if they’re one of the most engaged members in your community; no one is above your community constitution! If you make sure that you yourself follow the rules laid out in your guidelines more closely than anyone, it’s a sure way to set an example and send a message to your community.

Change From The Bottom

Change from the bottom means that your members are empowered enough to take matters into their own hands when they identify unacceptable behaviour.

This means that you need to

Change from the bottom means that you need to ensure that you have this three part system in place.

First, you need to give your members the tools and the ability to actually report. This means that when you’re writing your community guidelines, you need to ensure that the reporting procedure is outlined. Make it simple and easy to submit a report or flag comments that are sexist in nature.

Next, make sure that you encourage this type of behaviour. You could always use gamification elements to help achieve this — maybe you could reward those who’ve identified a number of sexist posts with a great badge. Make sure that those who are instrumental in creating this change from the bottom are recognized and rewarded.

Lastly, you need to actually take action on these reports. That means that you should be informing those who made the report that you’ve received it and that your team is currently reviewing the comment/ remark made. You should also inform the reporter once the decision has been reached, no matter what the final decision is.

The Consequences of Leniency

I just wanted to take a brief moment to touch on a point I made above, and come at it from a different angle. When I had previously talked about change coming from the top and others following by example, this can also have very negative consequences.

If the top chooses to lead by “letting things slide,” ignoring blatant issues, or even doing nothing about it, others will follow suit. Change from the top is impactful because that’s how attitudes and behaviours become normalized. If the community leaders chooses to turn a blind eye, then you run the risk of sexist comments, remarks and behaviours becoming ingrained in the community culture. Once it’s there, it’s hard to eradicate.

For example, the Overwatch community is notoriously sexist. While Overwatch itself denounces this type of behaviour and enforces consequences on those who behave like this through their community reporting system, I still think there’s a lot more to be done.

Perhaps this is why sexism is still a HUGE issue in Overwatch. How many reports of sexist behaviour are needed to get someone banned? In my opinion, just one. However, this is likely not the case.

The lesson here: be strict from day one and you might just be able to avoid a situation where your game and your community have a negative reputation. 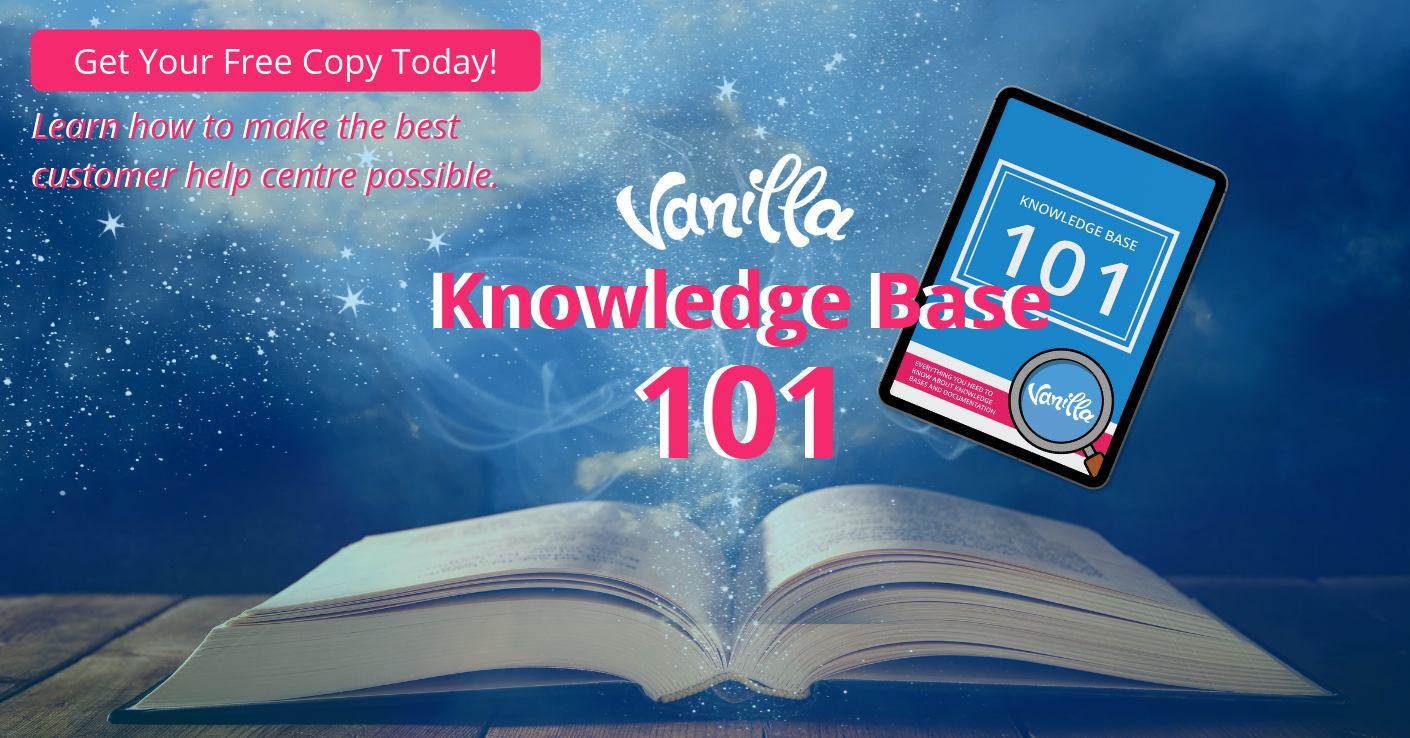