Crowdfunding itself is nothing new, though; it goes as far back as arts patronage. But digital crowdfunding is something new, and it has reinvigorated public enthusiasm for supporting the arts at an individual level. 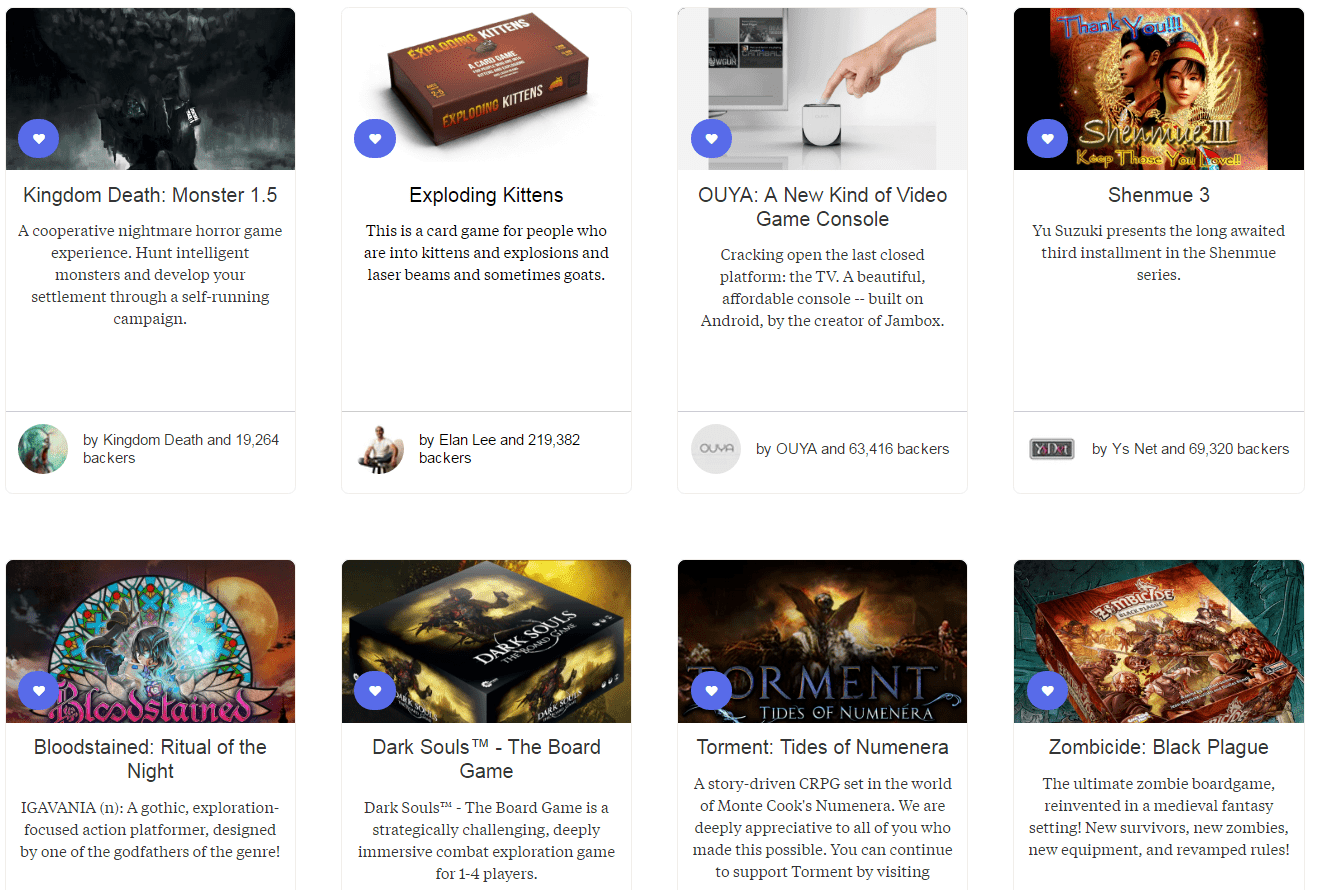 These are some of the most successful gaming projects on Kickstarter. Notice a theme? Tabletop games do surprisingly well, likely due to the greater demand for having “something to show” beforehand.

Inspiring, no doubt. But despite the over 12 million generous backers (including over 4 million repeat backers) hanging out on Kickstarter, there’s absolutely no guarantee that your game will receive the funding you’re looking for the moment you launch your campaign. So how do you make it happen?

Instead, we’re going to expose the hidden obstacles you must overcome once you’re ready to crowdfund your game. Does this mean you? Read on.

Stretch that dollar as much as possible, then stretch it again. Let’s say your two-man team uses Unity and needs the pro version for a specific aesthetic. You can prepay for around $1,500 per person, per year, which easily equates to thousands of dollars. Or, you could use Unity’s free version during development and just pay for one month of the Pro version for those finishing touches. Ask yourself: does everyone really need the Pro version, or can that work be assigned to one developer?

While a specific example, it’s one of many cases where proper planning can reduce development costs by thousands of dollars.

Let’s say you completely optimize your spending and still need to raise $10,000. It’s time for some tough decisions. How much can you fund on your own? Can close friends and family commit to the project? Deduct that sum from the campaign goal, and learn the hard lesson that your Kickstarter goal and crowdfunding goal aren’t the same number. Worst case scenario, you’ll meet your lowered goal with a little extra, but now you’ve already planned for that.

Hurdle #2. Communicating Goals Is Tough To Do

Now that you’ve set your goals, you need to get people to reach it. Nobody will back a pie-in-the-sky game “idea”, and if there isn’t a vertical slice already developed, you’re not likely to get funding (unless you’re already a well-known member of the industry).

So if actual gameplay is out of the question due to reasonable limitations (i.e. you lack hardware required to adequately demonstrate gameplay), you’ll need to produce an over-the-top, quality video with high-resolution concept art that breaks down it’s core mechanics to a granular level. There’s no other way; if visitors can’t see the game, you must help them visualize it. If you can’t put that picture in their head for free, then why in the world would you deserve their funding?

Hurdle #3: Dreaming Big With Your Feet On The Ground

In other words, your goals and rewards need to be as realistic as your project. If your stretch goals ask for a negligible amount over the initial goal, but promise massive improvements, no-one is going to believe you. All you’ll get will be skeptical passers-by, and maybe a few optimistic backers. I mean, really… even the most casual gamers know you can’t port your game from PC to iOS for $1,000.

Hurdle #4: You Must Know Your Community Really, Really Well

Finally, and most importantly, it’s been proven that an existing fanbase is the most important element to campaign health. Not only should you be collecting emails on your website prior to campaign launch – as in right now – but you’ll need to reach out to members of the media ceaselessly for the chance of a shout-out.

It goes without saying that you should target websites that report on games of a similar genre, scale, or medium as your own. But as they say, you miss 100% of the shots you don’t take. Piggybacking on a range of existing communities is a great way to get more eyes on your website and emails on your list.

A couple days ahead of time, send out an email to your followers with campaign details, the specific launch time, and a sneak peek at some of the rewards. While mid-morning launches at the beginning or end of the week are said to perform the strongest, this will really depend on your target. Keep an eye on your community and an ear to the ground, and make sure to launch your campaign on a schedule that works best for them, not just you.

While anticipating these hurdles and forming a strategy to overcome them will increase the potential success of your Kickstarter campaign, ultimately there’s no guarantee. A successful crowdfunding campaign deals with multitudes of people, each with unique interests, opinions and levels of disposable income. The best approach, therefore, is a combination of openness, honesty, willingness to invest in a product you believe in, and the insight to plan ahead by building a community early. There’s no shortcut to generating honest interest!

After all, if your project goes viral and you make 5000% of your goal, congratulations! You’re in that elite group of immeasurably lucky crowdfunding campaigns that inspire us all (Potato Salad, anyone?)