In an industry troubled with inevitable complications, the necessity of developing and maintaining a direct line of communication between developers and players cannot be stressed enough. A video game’s success depends upon it.

Failure frequently comes down to serious launch problems, huge zero-day patch downloads or paid expansion packs being released when the base game is still fraught with bugs, or worse –  hasn’t even left early access. There’s no shortage of blunders that leave players irritated and inclined to leave bad reviews, which is why you need to pay close attention to your base post-launch.

Case in point, the highly anticipated 2016 launch of ‘No Man’s Sky.’

The developers, Hello Games, were met by a barrage of bad reviews. Players felt betrayed and mislead when the game didn’t even come close their expectations. Making matters worse, Hello Games were heavily criticized for their lack of correspondence with disappointed players in the following months. 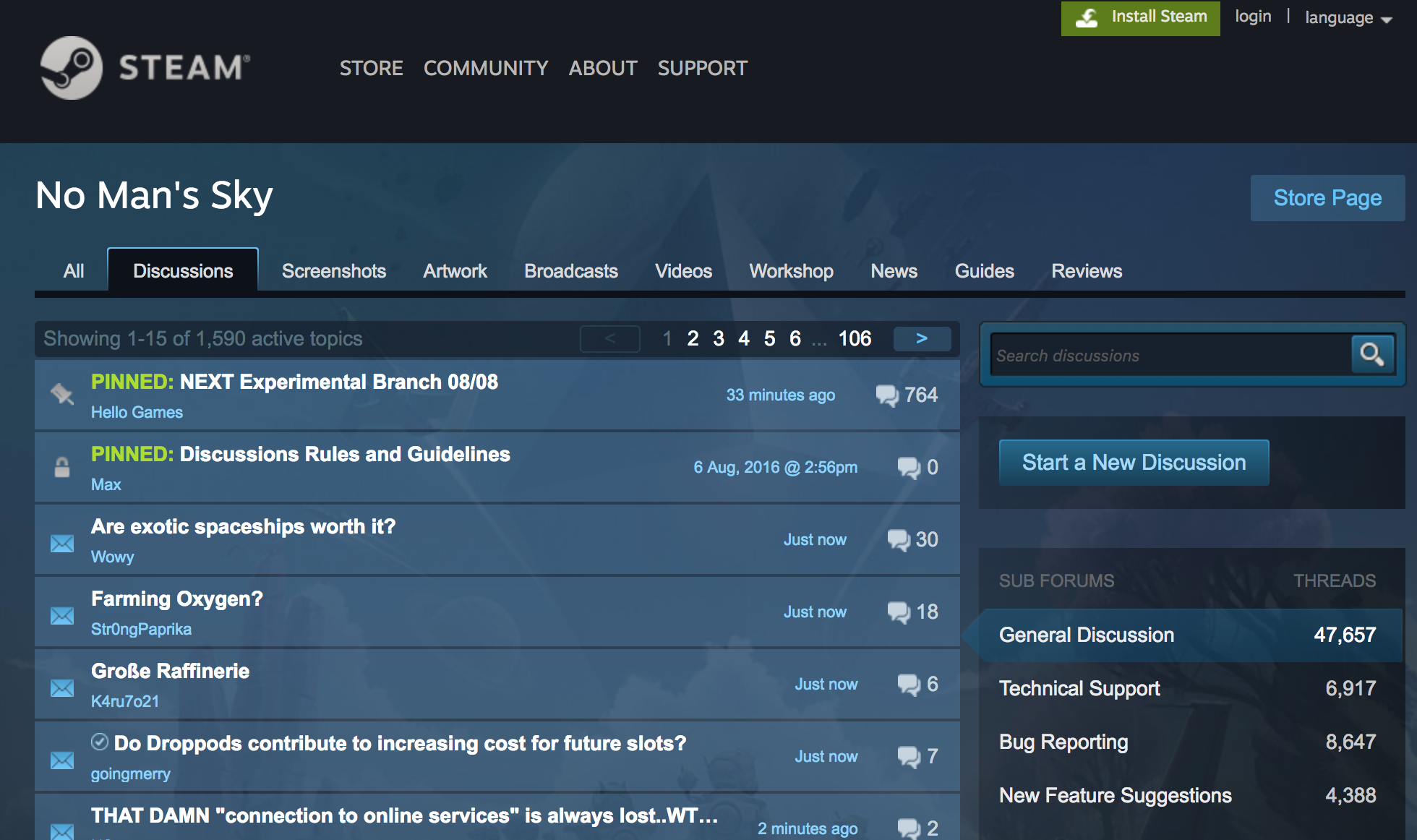 To recover their reputation, Hello Games eventually acknowledged and responded to the outrage by working hard to improve the game through several free major content updates, many of which included missing features that had previously been promised.

As a result, the game eventually developed a cult following and feedback became far more favourable. Had they acted faster, they could have avoided such backlash from their player base.

What the above example demonstrates is that listening to your players is one of the most important post-launch marketing tactics of all. More than ever, successful video games are driven by the communities behind them. If developers can demonstrate – both before and after launch – that they’re ready to listen to their players, it becomes a major selling point in itself.

Communities can outlive even the original developers themselves, making them integral to a game’s continued success. If you want to keep your players happy and enjoy watching sales persist, you’ll need to stay committed to your community of players for the long haul.

It’s not always easy to determine the best approach for nurturing a connection with your players. Many developers recognize the importance of social media and platform-specific gaming communities, such as Steam’s Community Hub for PC games.

However, the single most valuable community is specific to you. Home base should be the forum on your own website.

For example, En Masse created their own hub to promote their new fantasy MMO game, Tera. This has become the point where they promote their events, provide their quick start guides, and offer downloads for consoles.

When it comes to video games, a developer website acts as a community hub where players come for updates and to talk to other players, as well as to developers themselves. From your team’s perspective, it should serve as a one-stop resource for feedback and creative ideas, especially if your game supports player-made mods.

By adding a developer’s blog, your website will become a virtual platform where players get behind-the-scenes about upcoming patch notes, expansion packs and DLCs. This will complement your community forums and give players even more to talk about.

Furthermore, they’ll recognize and appreciate your clear and transparent efforts to provide support and act on player feedback long after the game has been launched.

The most important thing to remember is that a game’s launch is only half the story. Sure, it’s the single biggest milestone for any project, but it’s not what determines the success of your game in the long run.

Far more important, is that you have an active relationship with your community and a space for feedback that you can use as a resource to improve your game through content updates, and to create even better games in the future.