The Quest for Better Forum Software

The Quest for Better Forum Software

The quest for better forum software was a short one, because there really were only a handful of applications available, and none of them just did the simple things well. So, I programmed and designed my own discussion forum that removed all of the user interface clutter that I didn’t need, simplified the administrative dashboard, and made it dead easy to change the appearance and functionality. This original piece of software was named o8 after the community I built it for, and it looked like this: 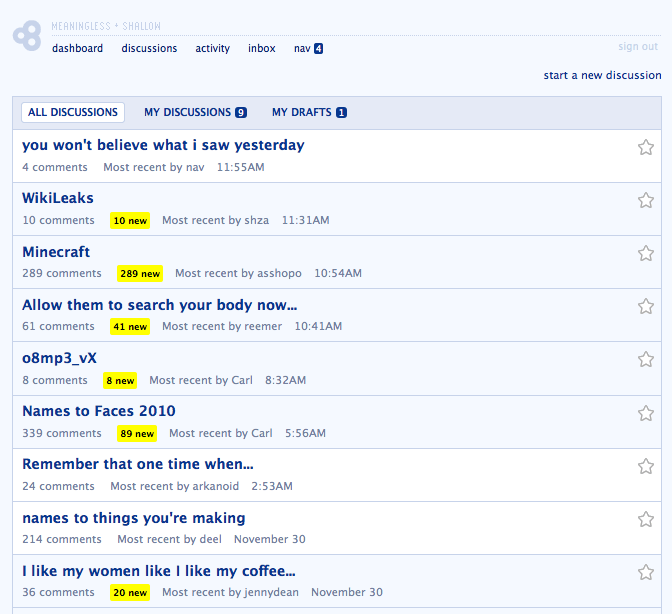 As you can see, simple was the goal, and simple was the result. This community became incredibly popular, so much so that our bandwidth usage caused us to be continually being kicked off of hosting providers for bringing down their shared servers (this is long before the days of cloud computing). Between 2002 and 2005, this forum went through many revisions, and the meat of the theming and plugin engines were built. Finally, when the time came that I wanted to shut down the community and move on to other things, all of the community members asked to get a copy of the code so they could use it in their own projects – Apparently their search for better forum software was ending with the same poor results mine had. At that point I decided to open source the product, and I renamed it “Vanilla”, implying that it is the “vanilla” or “simple” version of what community software should be. By the time it was released in 2005, Vanilla 1 looked like this: 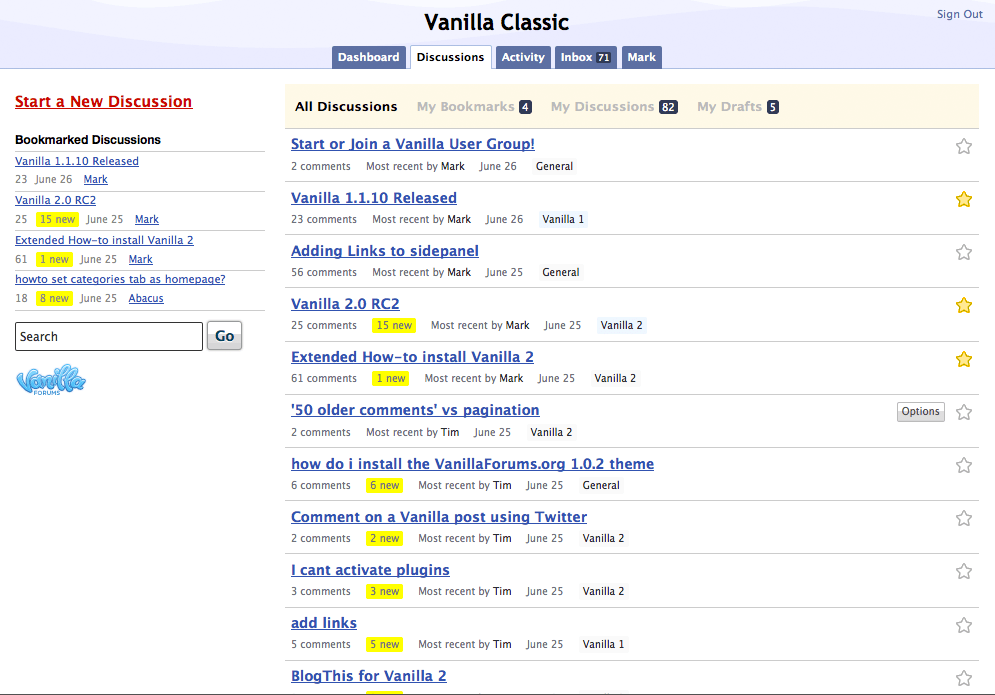 Over the last 7 years since Vanilla 1 came out, a lot has happened in the community discussion space. Social media giants like facebook and twitter have dominated, new discussion platforms like Quora and Stack Overflow have emerged, and despite all of this, these old forum platforms that existed way back in early 2000’s are still lumbering along, growing communities at a steady pace, completely unaffected by the changing landscape around them. Admittedly, we didn’t solve all of the big problems with Vanilla 1, so I was left to wonder what it was going to take to get these communities to adopt better forum software on a more modern platform?

With Vanilla 2 we’ve laid the groundwork for doing all of the things we did with Vanilla 1 in a more optimized way that can handle scale, improved functionality, and easier customizations. We realized to really meet the needs of communities and community managers that it was better to offer a hosted solution thus we created the VanillaForums.com commercial service that you know today.  We also extended our platform to be able to reach out into other applications and hook in deeply so that your community can be heavily integrated with your site. But when I take a step back and look at what we’ve accomplished, I know there is still so much ground to cover in this space. Here’s what Vanilla 2 looks like today: 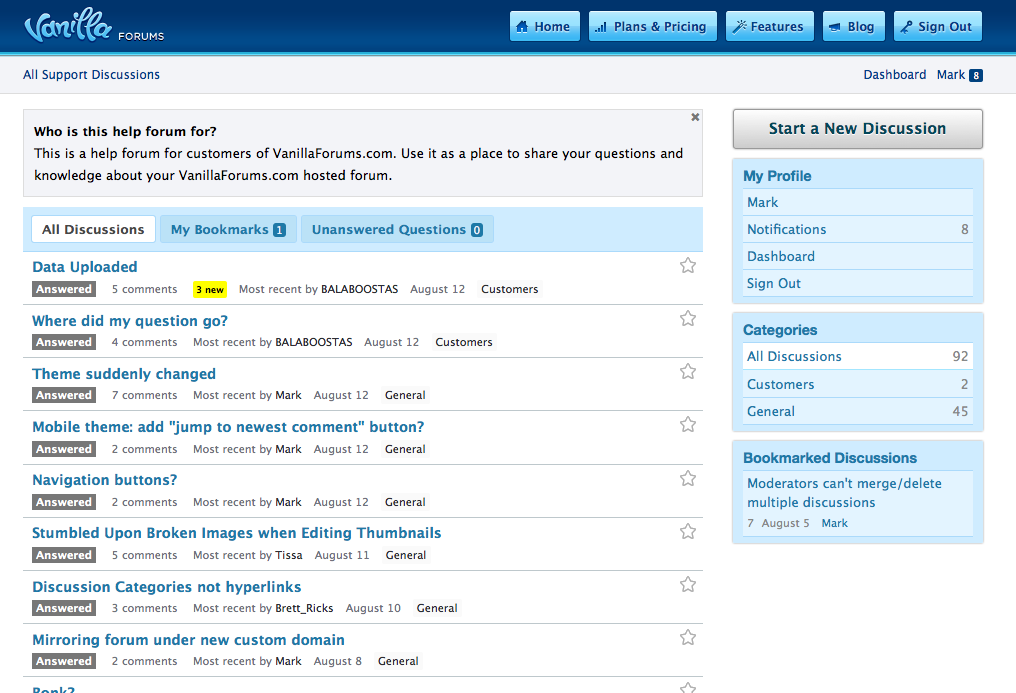 In the past I spent all of my time and focus thinking about how to refine and improve the core functionality of what makes community software great. I believe that we’ve now turned a corner with Vanilla 2 where we simply cannot take it any further in it’s current form. The world has changed beneath us. I believe that the days of isolated communities existing as islands is coming to an end. That isn’t to say that there’s no value in a self-sufficient community, but that there is more value in connecting a community to the world.

By understanding how the core community connects to the social web from the site owner, community manager, moderator and user point of view, we can continue to develop and innovate with our platform.  We understand the major challenges of managing a community, and our goal is to make the life of a community manager easier and the overall member experience better.

Stay tuned.  After all these years, the quest to build better forum software still drives what we do and will continue to be our focus in the years to come.