Fast-forward three years later, and at least 3 million people have seen Mustdashe gameplay on YouTube, out of the reported 5 million. There have been 100,000 views from external sources, which reasonably translates to a 3.3% CTR on the YouTube description.

Out of those views, the game was downloaded just under 41,000 times.

Talk about a targeted audience! Barring a massive (and unlikely) reporting failure on itch.io’s end, this clearly translates to an amazing 41% conversion rate.

So how did this happen? What did I do right and what did I do wrong? What would I do over differently? My answers may surprise you, but hopefully you’ll learn from my experience. I know I did.

If given the opportunity to go back in time, I would have kept a much closer eye on all my work, not just the big projects.

Let’s go back to 2014. I developed Mustdashe and shared it on social media, but without immediate gratification, my attention wandered. While sharing on social media is a great way to reach your existing networks, it’s very weak when it comes to reaching new markets. After this point, my marketing for Mustdashe was nonexistent.

Here’s What I Did Right

Even if you’re just sharing a game jam game or a weekend project, remember to share content to the relevant social media groups you belong to. They contain interest-targeted users who may not overlap with any of your existing social circles.

And Here’s What Happened

It wasn’t until 2 years later that I first caught wind I might be working with something interesting. That’s when a representative for a digital media company contacted me, requesting permission to submit the game as a proposal for an upcoming television program. Despite assuming it was spam, I took a chance as I had little to lose.

I didn’t hear back from them until several months later, in early 2017, when a different representative emailed to tell me that Mustdashe was being considered as a feature for a new Disney TV show. I was simultaneously thrilled and skeptical, since it sounded way too good to be true. But indeed, that little bit of promotion I did do seemed to have paid off.

While itch.io notifications would have been a great help with staying updated, at the time they weren’t configured to notify users when their games saw spikes in attention. And I totally forgot that my dashboard even existed. So how did these digital media representatives even find me?

Here’s What I Did Right

After some research, I discovered that a few major YouTube personalities (including PewDiePie) featured Mustdashe in videos that totalled well over 5 million views. I checked my forgotten itch.io dashboard, and lo and behold, the game had been downloaded thousands of times, at a 40%+ conversion rate!

All this while I was paying attention to other things. There’s no way of knowing exactly how these YouTubers discovered my game, but it’s safe to say that being part of that 2014 game jam increased the likelihood of discovery. 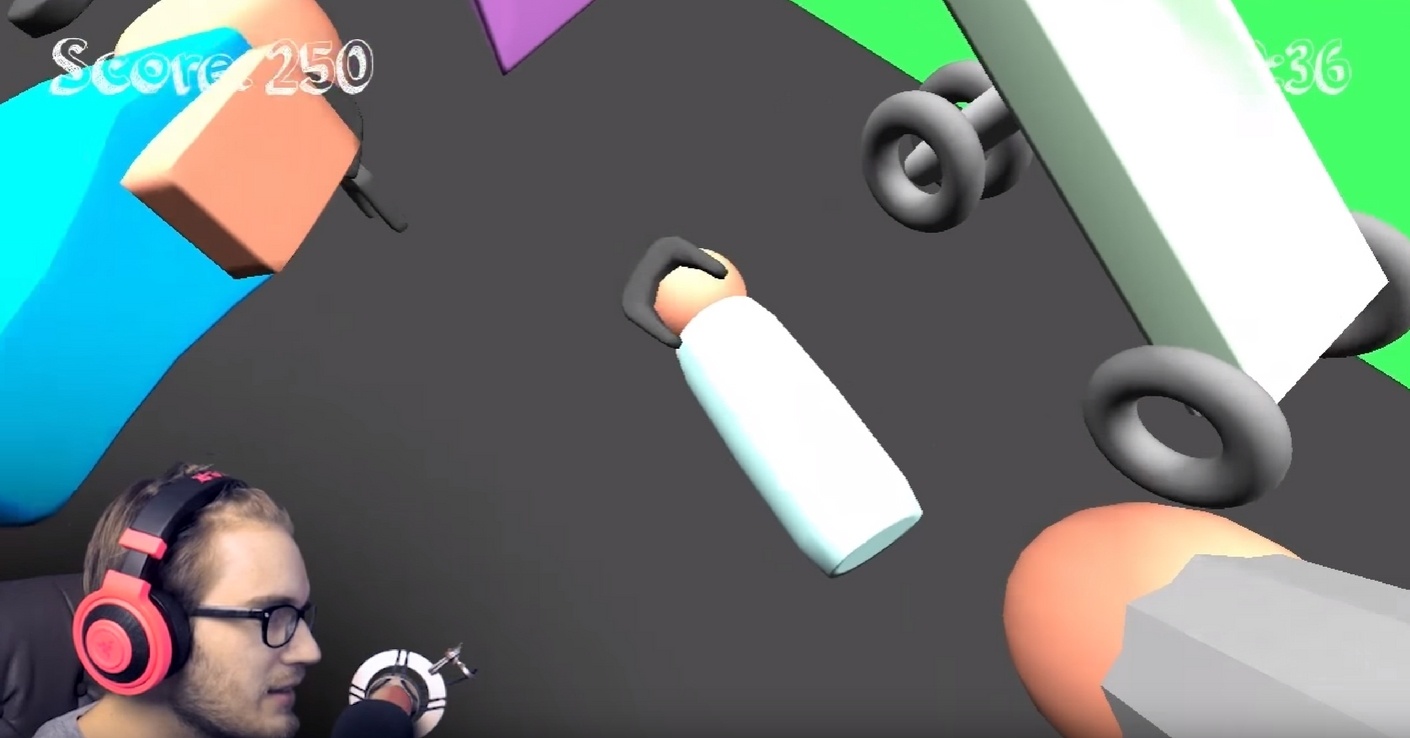 Game jams are dense collections of wildly unique creations that fly under the radar, making them the perfect place for small-scale content creators to scan g for new, unexpected games that would make good entertainment for their channels.

And Here’s What Happened

In addition to the amazing 41% conversion rate that was achieved, I’m excited to say that Mustdashe will be featured on Disney XD’s Parker Plays on August 26! I never would have guessed that such a small project would go so far, and I can only imagine how far it will go from here.

A Few Words of Advice

Remember those mistakes? While seemingly insignificant, they’ve fundamentally shifted my attitude towards my work. So to all the content creators out there, I recommend you adopt a similar view. Here are the 5 lessons I’ve learned from my experience.

1. Don’t Take Your Eye Off The Ball

There’s no way of knowing how many others have experienced a story similar to mine, as it’s centered around an unknown success. If it’s this easy to peak without knowing it, how many content creators have built something amazing, without ever knowing that anyone cared about it?

If you participate in game jams as a creator, keep an eye on your work. The fact is, there are some massive games out there that started out as small projects, like The Binding of Isaac. Don’t assume you aren’t capable of achieving the same!

As a content creator, how do you promote a game past its prime? Share the story, and never let the story get old! Writing new content is a great way to rekindle interest in older content. A new twist on an old project can reach new audiences through new mediums. Breathe life into old work with analysis and reflection, and practice transparency to remain informative.

3. Capitalize on Opportunities Before You Miss Them

While you may not always do your best work, never treat it as your worst. Check up on what people have to say from time to time. Set up Google Alerts or other reminders to keep an eye on your digital presence. Don’t let opportunity slip through your fingers!

One interesting challenge I will certainly face is who to target with Mustdashe. Ultimately, I created the game for myself; as long as I found it enjoyable, it was good. While most (if not all) commercial releases are designed for a target audience, the vast majority of game jam games are simply built with completion in mind.

By utilizing analytics tools, I will identify the most responsive demographics and reshape the brand and title for those users. Becoming a hit for a target audience is a challenge, but becoming a hit without a target market can only be attributed to external influencers (in my case, popular YouTube celebrities) and plain luck.

I don’t expect Lady Luck to strike twice. So give me the data.

If I’d continued to use the same account on itch.io, I never would have missed the signs that my game was really picking up. Even years after the initial YouTube attention, I still see dozens of daily views and downloads.

Most surprisingly, I still see close to a 40% conversion rate after transitioning the game from free to paid content. It sure would have been nice to have seen this from the beginning.

Hopefully you’ve read this far and found parallels between Mustdashe and your own work. But like fingerprints, no two games are the same. Even if nothing comes of Mustdashe after its Disney TV spot, I hope my experience can be a cautionary tale for countless developers down the line.

While I would comfortably call this a “success story”, it’s hard to actually define a happy ending. To the cynic, it’s the tale of missed opportunities. To many others, it’s a promising account of a little game getting some attention.

I honestly see it as a catalyst for something larger, and that mentality is something every indie dev should embrace.