Smartsheet started its user community in 2015 on a platform that was developed in-house using open-source software. As business goals for the platform shifted and Smartsheet’s user community grew, the Community team realized they were spending a lot of time and money to develop features that on other platforms were standard—that is, the home-built solution was lacking.

With out-of-the-box capabilities that were affordable and cost-effective, Vanilla was a front runner for the new Smartsheet community. Vanilla also offered a degree of support for migration that other platforms lacked.

The Vanilla SuccessTeam was “fantastic” when it came to working with Smartsheet on the launch of their new community. It went very smoothly.

Not only did Vanilla facilitate a more engaged community, it was a more cost-effective, customizable option for Smartsheet. 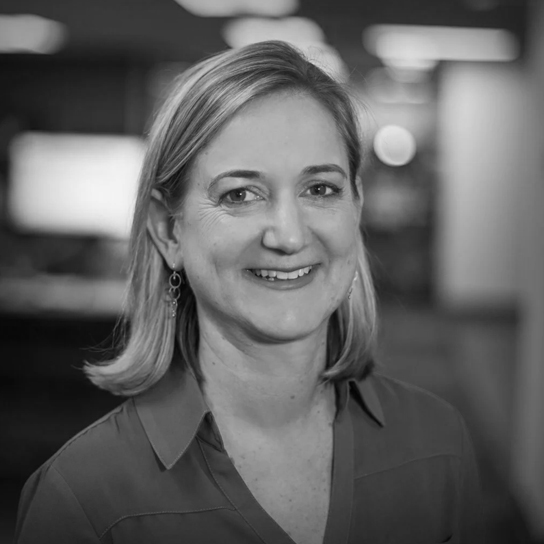 “From our initial engagement at the RFP stage to our “go live” day, Vanilla provided fantastic service and support. The platform offers great value with the features that we needed to deliver a modern community experience to Smartsheet customers”

The Challenges: Energy on the Wrong Efforts

Smartsheet came to Vanilla with an already established community. In existence since 2015, the Smartsheet community team worked exceptionally hard on improving their community—but often the work went into the platform itself. As time went on, more and more issues came to the fore.

As the Smartsheet community member numbers continued to climb and the company saw some gains in ROI, the team knew they could do better with a more robust feature set. At the core was the notion that customer self-serve was not being facilitated as well as it could have been on a more standard platform.

Rather than having out-of-the-box features available and being able to focus on supporting its community members and fostering engagement, the team was specifying platform features and having to lobby internally for precious dev team resources. “If you looked at how much it would cost for us to develop a robust Community platform versus buying one out-of-the-box, it just wasn’t cost effective.”

The challenges Smartsheet faced could be eliminated with a new vendor; they saw the importance of meeting the purposes of their community. Gwyneth knew that it was time to look for a new option.

The Search: The Right Time to Find a New Partner

After acknowledging the community team had outgrown its current system, Gwyneth was excited to see what other options were available. As a company, it was time “for an outside vendor for a Community platform.” The team took the opportunity to look holistically at their knowledge management strategy as it related to customer service—the right candidate needed to be flexible enough to incorporate some of the key branding elements of the old system, and also needed to integrate well with existing tools.

Gwyneth and her team were on the hunt for a new vendor that could improve their customer experience with features that were readily available, affordable, and that could more easily demonstrate a return on their investment.

Once they found Vanilla, there were many things that caught their eye. The modern moderation tools, gamification, extensibility through the API, analytics, and more importantly, a “group that’s dedicated focus is Community.”

Vanilla’s attention to detail and focus on improving on their product, price, and UI customizability capabilities were the clincher in the deal for Smartsheet.

The Launch: Attention to Detail from the Start

Gwyneth and the team at Smartsheet had already experienced a migration process in the past so were prepared for any bumps in the road: “We spent a lot of time going over the details with our partners at Vanilla, and the pre-work really paid off.”

On the overall experience, the team had this to say: “as part of the package, migration was of great value compared to what competitors had offered—and it went really smoothly.”

Vanilla’s Success Team really lived up to Smartsheet’s expectations: “…the launch itself went really, really well, our CSM was fantastic… she engaged with us and within our platform as well.”

Smartsheet saw the benefits of a vendor who offers excellent support. The CSM for Smartsheet reviewed each element of the launch with Gwyneth, and even helped her catch issues she may have missed.

“Our experience with the CSM team has been phenomenal.”

The Outcomes: Hard Work Pays Off

Smartsheet had outgrown its in-house solution and the platform no longer served their needs. Moving to a vendor that is affordable and supportive made a huge difference in the results they see from their efforts and their community.

The moderation tools on the Vanilla platform enable moderators to ensure content is not only of good quality, but is targeted. It allows content to be split or merged, and it has led to more productive conversations and higher engagement. A function they’re especially pleased to offer to their members is the option to indicate that an answer solved their problem or question. Their new average response time? Just twelve hours.

Each of these functions has contributed to better metrics; one of the success metrics Smartsheet measures is moderator versus member answers and they are now averaging around 20% moderator vs 80% member – a hugely successful feat.

The member engagement Smartsheet is seeing has been spurred on by other features such as gamification. Their power user and early adopter program have helped expand membership to reach a milestone of over 10,000 members.

Reflecting on the Smartsheet Journey

Smartsheet is the perfect example of how hard work along with the right strategy can really pay off. By identifying the need for a more robust platform Smartsheet found a great partner in Vanilla. Offering Smartsheet everything on their checklist and then some, and ensuring that pricing was affordable, Vanilla became the perfect platform for the Smartsheet community to advance and expand.

If you want to improve or get started with your community, find out if Vanilla is the right partner for you.