In the first example, we are going to change the background color of staff posts and display an image for the role title instead of text. In this example we are modifying the Deflector theme and targeting the Role = Staff but you can target any Role and you can also target a user’s Rank if you are using the Ranks feature.

To be able to target Role CSS, make sure that the Role Title plugin is enabled.

To change the background color, add the following CSS on the Customize Theme page of the Dashboard:

To display a Role title image, use this CSS:

The image can be stored on your web server of you can ask your customer success manager to upload the image to Vanilla’s CDN.

The Role Tracker will tag tracked Roles and they will receive a CSS class to allow visual customization. For the tag to appear on a tracked post, you must have tagging enabled.

To enable the Role Tracker plugin, contact support or your CSM. The plugin is not-self-serve because it will make some changes to your instance that cannot easily be undone and we like to walk you through deployment. Once installed, you’ll see plugin options that let you set which Roles should be tracked. 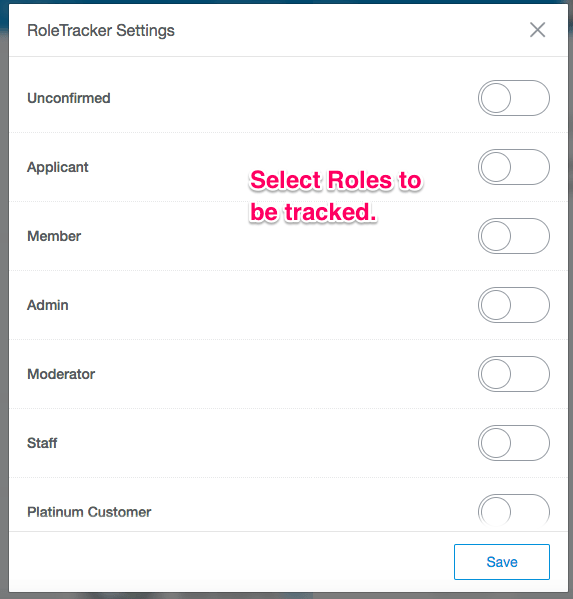 With the Roles tracked, you can now do several things via CSS, some of which are fairly advanced and might need the involvement of our services team: