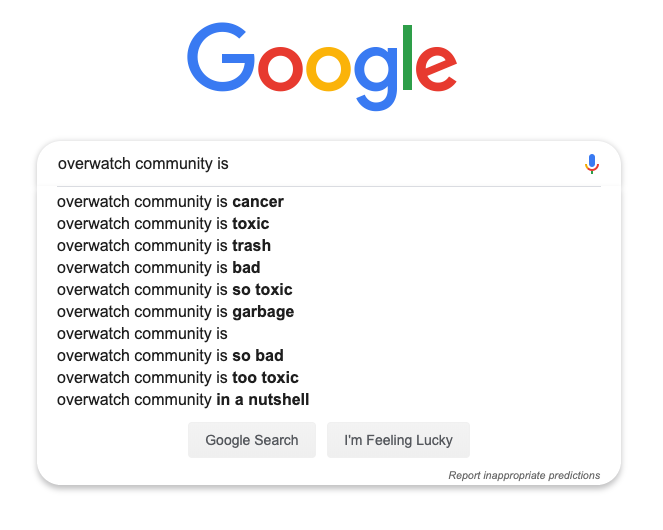 But you know what, I think Overwatch is a classic case of “one bad apple spoils the bunch.” The toxic players are so toxic that they overshadow the much larger pool of “good” players. Even still, it’s definitely a problem, and Overwatch deserves a round of applause for their efforts over the past year to clean house.

As a result, I believe there are a ton of lessons that we can learn from Overwatch about ridding your community of toxic behaviour. In my opinion, as a player before and after these changes, Overwatch has definitely improved. The toxicity is still there, but it’s gotten less harsh; the “good” players now have some control and can help identify and punish toxic behaviour.

In Chris’ blog, he suggests to tackle Overwatch community toxicity by, “rewarding good behavior with opportunities for players to actively make an effort to do good.”

Good call, Chris; Overwatch did just that in June 2018. 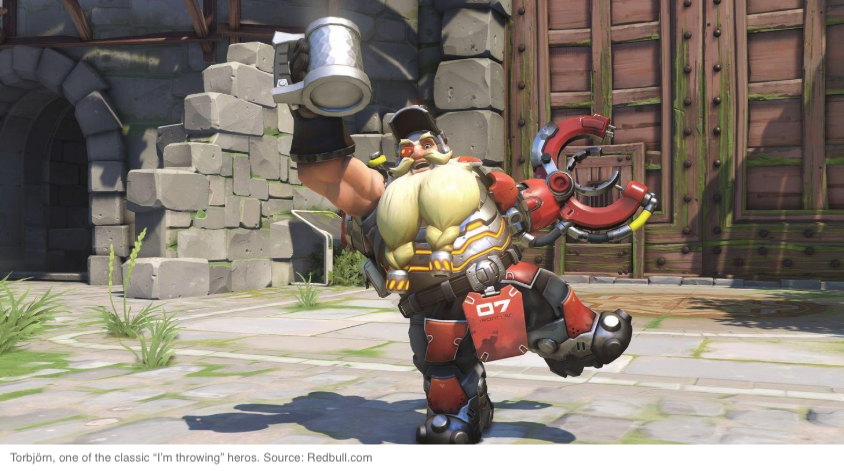 In the Overwatch patch 1.25, a new social feature was introduced to reward good behaviour: the endorsement system.

Ahh, I remember release day, a happy, silver noob looking forward to getting endorsed and earning myself some goodies and some extra XP!

The hype was unreal. Everyone was talking about it and everyone wanted endorsements. Moreover, your endorsement level was displayed in-game, making it more desirable to achieve a high endorsement level (5 is the highest, although I’ve only ever seen it once, and I play A LOT of Overwatch.)

Further, with each endorsement you receive a little more XP for a win and once you get enough endorsements, your “endorsement  level” will increase. This means that you’ll get a free loot box, which obviously everyone loves.

The endorsement system encourages a number of behaviours, but most notably, it promotes teamwork, non-toxicity and shot calling.

Overwatch rewards both teamwork and being a good team player in general through the “good teammate” endorsement, which seems to be the most used method of endorsement.

I personally award this endorsement to the Support players on the team since they are usually fillers, and therefore exhibit the best teamwork possible; I think this is what most people do too since Support mains tend to have a higher level of endorsement compared to DPS or Tank mains.

The “sportsmanship” endorsement is the only one that can be given to not only players on your team, but also the players on the other team. This endorsement is used to reward players for positive behaviour: Chris – you called it!

In my experience, this endorsement is most commonly used when toxicity is directed towards a particular person. I award this endorsement to any player that is being treated unfairly, even if they have a negative reaction – to me, it’s a tool that I can use to boost the negative feelings someone has after feeling attacked.

This is what the game is all about, and in my experience, the “shot caller” endorsement is in the highest demand. I myself strive towards earning this endorsement because it’s nice to be seen as a leader in the community.

With patch 1.25 also came a new social feature “form group,” where players, especially those solo queueing, can find a group of players to play with using custom parameters. One of these custom parameters is that you can set the endorsement level of your group members.

So let’s say that you want to avoid toxicity on your team. You’d likely set the entry requirements for your group to be an endorsement level 3 or above. And it works! I’ve actually used this function, and when I’ve played using this feature, I’ve never had toxic players on my team.

It also helps that you can give your group a custom name. Hint: “Friday Chill Vibes,” has proven to be a group name that only attracts awesome people.

But that’s not all that Overwatch has done to help avoid toxicity. Let’s take a short rewind to March, 2018, when patch 1.22 was released.

This update introduced a new feature “avoid as teammate.” In my opinion, this is one of the most useful updates that Overwatch has ever had. I honestly use this feature a lot when I’m solo queueing, because it allows you to avoid being put on a team with a toxic player that you’ve encountered. 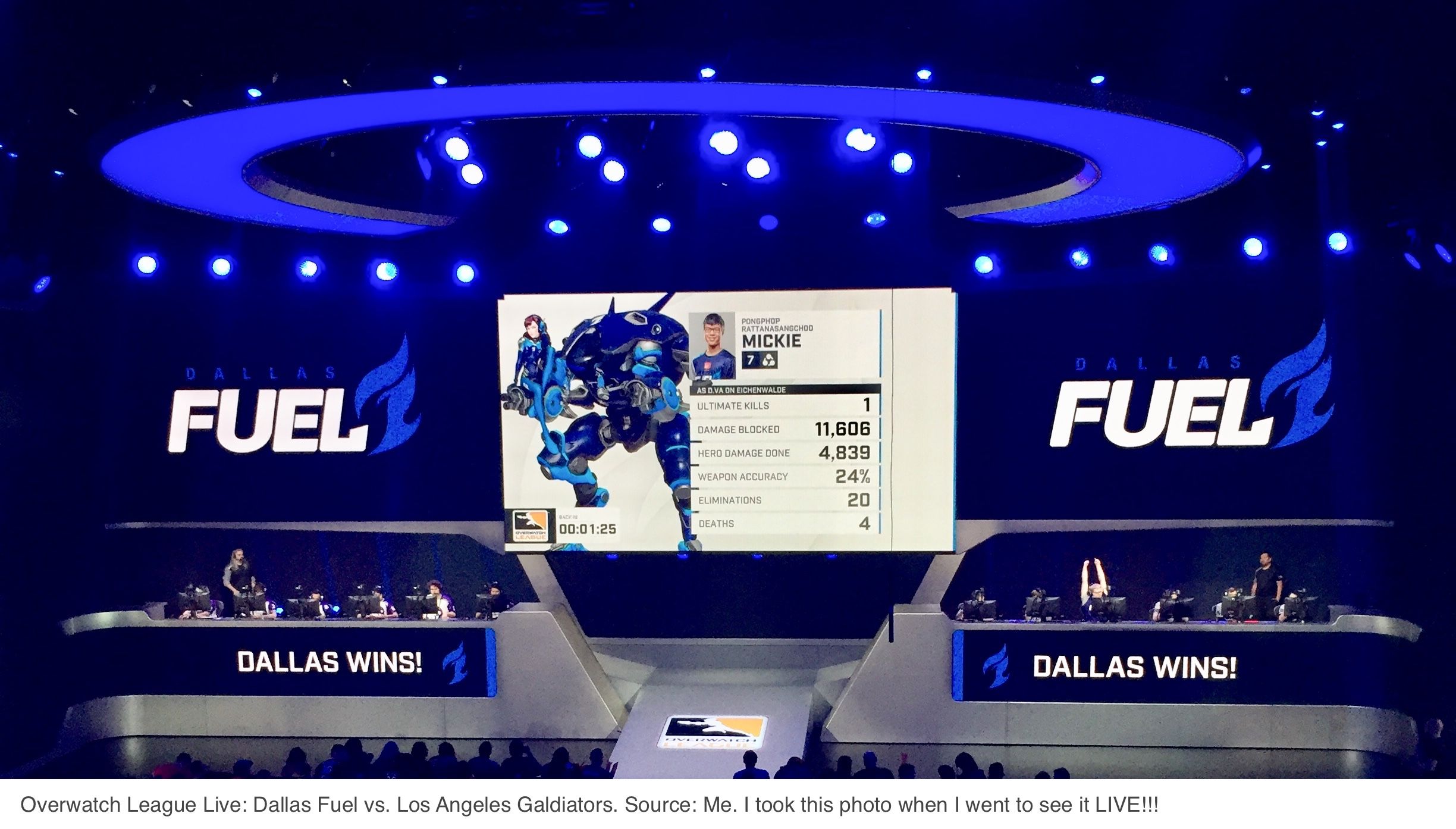 This function gives players full control over their experience, as each player will use this function to avoid their own definition of a toxic player.

For instance, some people will use this function to avoid one-tricks (particular tho who one-trick Sym or Torb). While one-tricking isn’t really being toxic, some people consider this “gameplay sabotage” and consider it toxic behaviour. To each their own I guess. I use it to avoid just straight up toxic people, no matter how good they are.

The catch is that you can only avoid a maximum of two players at once, for up to two weeks. You are able to modify your list by removing one player and replacing it with another.

While it may suck for people like me who genuinely use it to avoid toxicity, the “avoid teammate” limit needs to be in place to keep players from abusing this feature to gain rank.

Lesson 3: Nobody is Above the Rules

Take xQc for example, who is arguably the most famous Overwatch player there is. Known for his amusing antics while streaming and his pro Tank play, xQc was named MVP in the 2017 Overwatch World Cup, as Team Canada’s Main Tank. That year, Team Canada placed second, falling to (no surprise) the Koreans.

He was then recruited to play in the Overwatch League for the Dallas Fuel, who, before the season actually began, was seen to be the best team in North American (oh, how wrong they were!)

Not gonna lie, I was actually heartbroken when xQc got kicked from the Dallas Fuel. Good timing though – I was literally just about to buy his jersey! 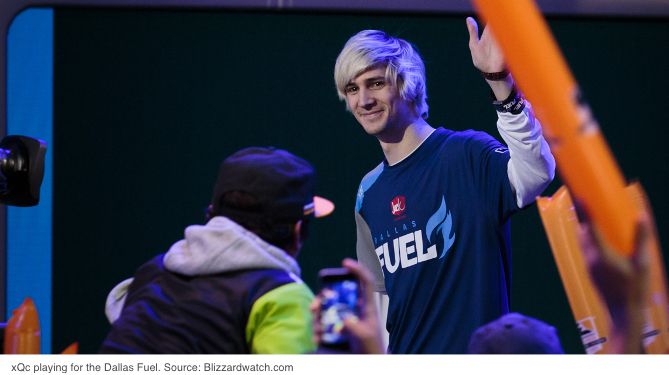 But in all honesty, as sad as I was to see him go, it was a good move by the Overwatch League and the Dallas Fuel. xQc already had two strikes under his belt for toxic behaviour, specifically for using “disparaging language.” Only after a few months with the Fuel, Dallas announced his release in March, 2018.

Overwatch used xQc to send a clear message to all members of the community: nobody is above the rules and toxic behaviour will not be tolerated.

In December 2017, Overwatch released its new reporting system, just in time for 2018. This reporting system allows players to “report” others for a number of different offences. Since the reporting function was released in 2017, it’s since been updated to include the following offences as grounds for reporting:

When submitting a report (which takes only seconds), you have the opportunity to describe what happened, under the offence title.

I myself use this function every time I encounter toxicity, either under “abusive chat,” or “gameplay sabotage” as some toxic players will simply throw the game to be toxic.

The best part about this anti-toxicity defence? When a player you’ve reported has received a penalty (usually a competitive play ban for x days) you are notified. It is, I daresay, even more satisfying than winning a match.

With this strategy to combat toxicity, Overwatch puts the onus on its community to protect itself and banish those who don’t make it a fun, safe and positive environment.

If you enjoyed this blog, be sure to check out our free eBook on 2019 Gaming Predictions. I mean, I know its April, but better late than never right?

That’s what I tell myself, anyway, when I need to grab some snacks and my Mercy sits idly in spawn while my team setups up. Whoops! (And don’t judge my Mercy main-ness…that’s toxic!!) 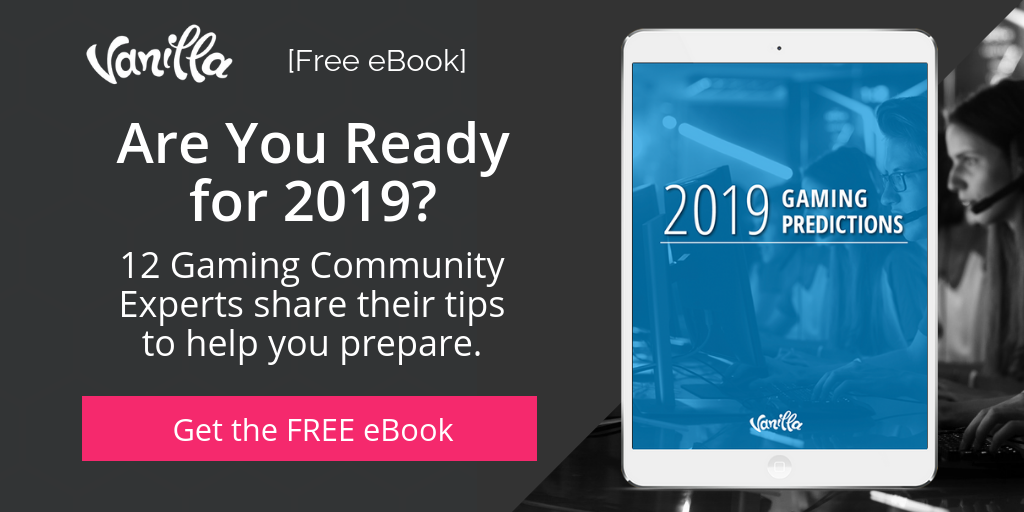