How to Select Members for Your Super User Program

How to Select Members for Your Super User Program

That’s a question that many online communities looking to implement these types of programs grapple with. They know the objectives of the program, how they plan on incentivising members and how to ensure that they’re properly rewarded for their efforts—but is there a wrong and right way to approach membership? Who should be admitted to this exclusive club?

To find out the answer to this question, we look to three community experts who’ve shared their insights with us during Vanilla Conversations, 2020. Jake McKee, the CEO of Community5, Todd Nilson, a Digital Strategist at Clocktower Advisors and Community Strategist, Tanja Laub weigh in on what it means to be a Super User, the types of personalities best suited for the program and of course, membership duration. 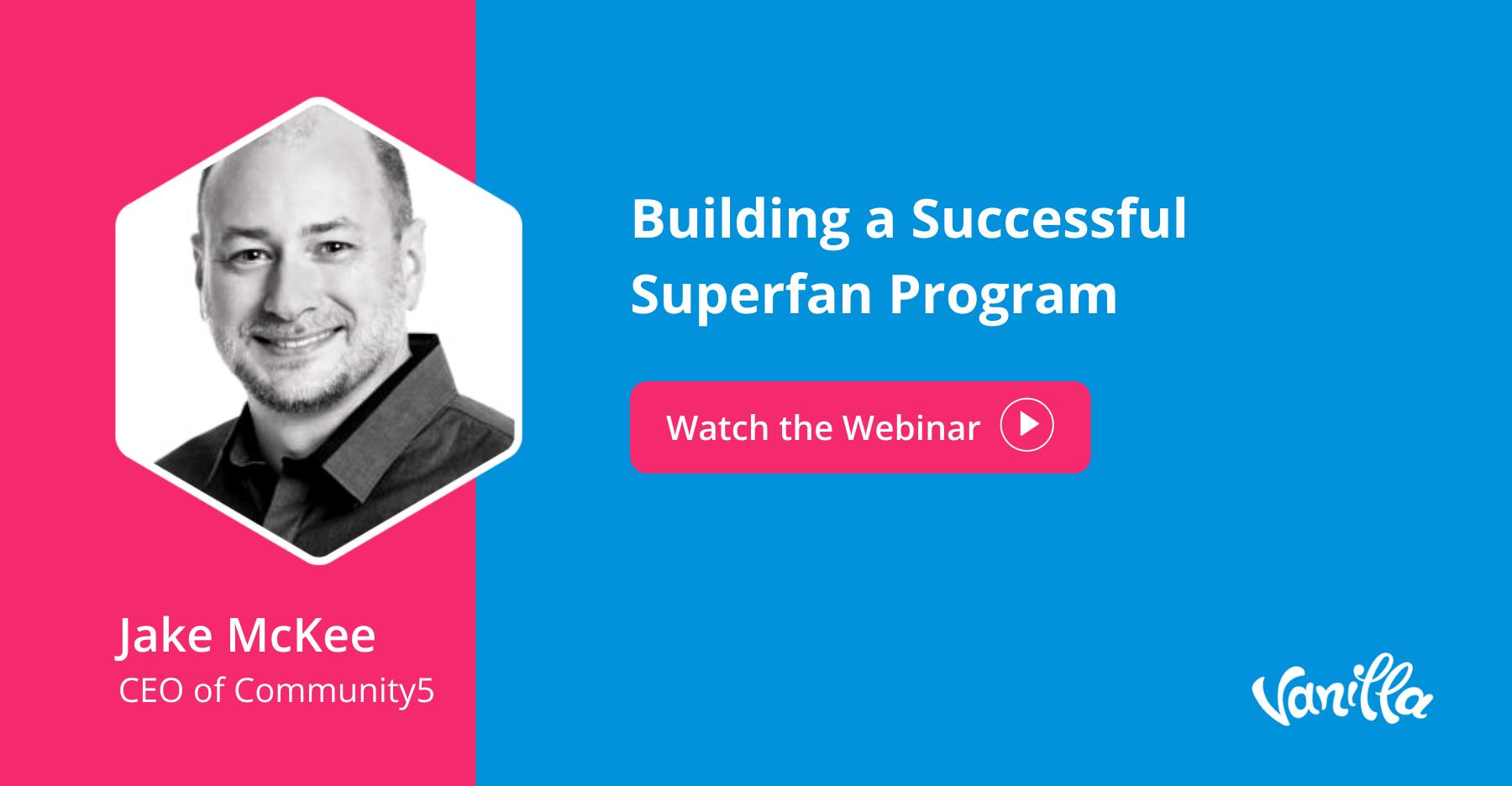 First thing’s first, you want to limit the amount of members admitted to the program; in essence, to keep a program exclusive, you need to ensure that there’s a limited amount of spots available. That said, it’s not uncommon for executives to want to open this program to their top influencers and/ or industry experts to leverage their fame and influence. Indeed, this was a question posed to our experts, to which all of them unanimously argued that this is a bad idea.

“You have to earn your way into [the Super User program],” says Tanja, “And while they’ve certainly earned their name outside your company, because they’re influencers, [it’s not the same]. The other community members won’t see them as the same people [as Super Users] because they’re not part of the community—some might even see these people as intruders.” In essence, admitting those who are not an active presence in the community can actually cause disruption and discredit the program entirely.

Jake adds, “If you’re building an exclusive program, it’s real hard for it to be exclusive if you’re letting everybody in.”

Influencers can and should certainly be rewarded for their efforts, but it’s best to create an entirely different program for these types of people. Super User programs should only be for those who are actually Super Users—these are the people in the community who are loyal, passionate, excited and engaged, and will defend you and your brand until the very end. They’re very active and thrive on helping other community members get the most out of the community. These are the types of people that Super User Programs are reserved for. And even then, you can’t admit every single one of these people—depending on how large your community is.

So, the program has to be exclusive. Fair enough. But what criteria do you use to select your Super User members? Surely there are dozens of members who fit the profile of an active community member who’s loyal to the brand and encourages engagement. But are there any other attributes that make for superb Super Users?

Our experts agree that there is. As Jake puts it, “The focus of these programs is about leadership.”

It’s easy to point at top contributors—those who appear at the top of the leaderboard and those who answer the most questions—as the people who are best suited for the formal Super User program. And although this is one thing that should be considered when selecting your members, this in and of itself doesn’t automatically mean they should be part of the program. “We get this idea that if you’ve earned enough points to rise to the top, that you’re therefore a Super User,” explains Jake. He continues, “But this doesn’t necessarily bump you into the program; just because you’ve put in your time at the company doesn’t mean you’re automatically the CEO. You have to earn your way into that extra level of leadership.”

Most Super User Programs deal with an application process, whereby candidates for the Super User Program are nominated either by themselves or by other members. This is a great practice to have, since obviously you want your members to want to be part of this program, but it doesn’t mean that admission to the program should solely be based on this method. Essentially, only considering candidates who’ve been nominated might limit your scope and potential, afterall, some of the best leaders are the ones who participate for their own intrinsic motivations and aren’t necessarily looking for recognition.

As Tanja explains, “Don’t just look at really loud members who are performing a lot [and are] collecting points and numbers—but also look at the quiet ones who [serve as] the glue of your community, keeping it together…select these people, recognize what they’ve contributed and invite them into the program.”

Essentially, just because a member isn’t on the leaderboard for points and activities doesn’t mean they wouldn’t be a good fit for the program. If they’re reaching out every time a member has a problem, helping them with kind words, encouragement and helpful advice, as a community manager, you should look to nourish this type of behaviour. These are also people who would make a great addition to the program.

In the Beginning, Start Small

Is there a limit on the number of members admitted to a Super Fan program? This is a question we’ve touched on briefly, however to go into more detail—yes. To keep a program exclusive, it needs to be small, though “small” might be defined differently based on the size of the community. But our experts agree that this is especially important in the early stages of the program.

As Todd explains, “If you’re just starting a program, don’t let too many people into that program to begin with.” He continues, “Depending on the size of the community…maybe it’s just two or three. [Doing so will allow you] to make mistakes with the program and be able to scale it up later. Start small and iterate—that’s always been my mantra.”

Starting small also means that you have more time to think about whether the criteria you’ve used to admit Super Users is really capturing the type of members you want in the program. For instance, perhaps you start by looking at the top contributors—say, those with the most points. They’re active, they’re engaged, they love the brand. Perfect, right? Well, starting small means that you can assess how members with these attributes may perform as Super Users. As it may turn out, they might not be the best personality type to welcome new members to the community or give them an orientation. They might not be super friendly and be able to effectively communicate with other members.

This is simply something you won’t know until you start your program. Starting with a limited number of members means that you can quickly iterate and address any issues early on without having too many commitments in place—since, our experts also argue that Super User programs should operate with yearly memberships.

Membership Should Operate in Cycles

The members that you select to participate in your Super User Program should have a tenure—that is, Super User programs should always operate in years and cycles.

The reason for this rule is twofold:

As Jake explains, “Any human gets excited [by something new] and then their interest starts to wane.” He continues, “In any of these programs, [you should] think about them as members needing to justify their existence, because yes, there’s burnout. There’s disinterest. There’s other things in [their] lives. But members need to constantly work to stay in the program…and the best way to [motivate them to do so] is by having somebody new nipping at their heels.” Jake explains this using an NBA analogy, “It’s the same way that the NBA always has new and better players coming into the league—it makes the veterans sort of work harder. They have to practice and not get lazy to keep their spot on the team.”

Each Super User program will require a unique set of criteria for their members, since after all, each program will have a different set of goals. Moreover, each and every community is different, so no two Super Fan programs will be either. Be sure to check out our eBook, Building a Strategic Super Fan Program, authored by Jake, to learn more about membership that suits your program needs. 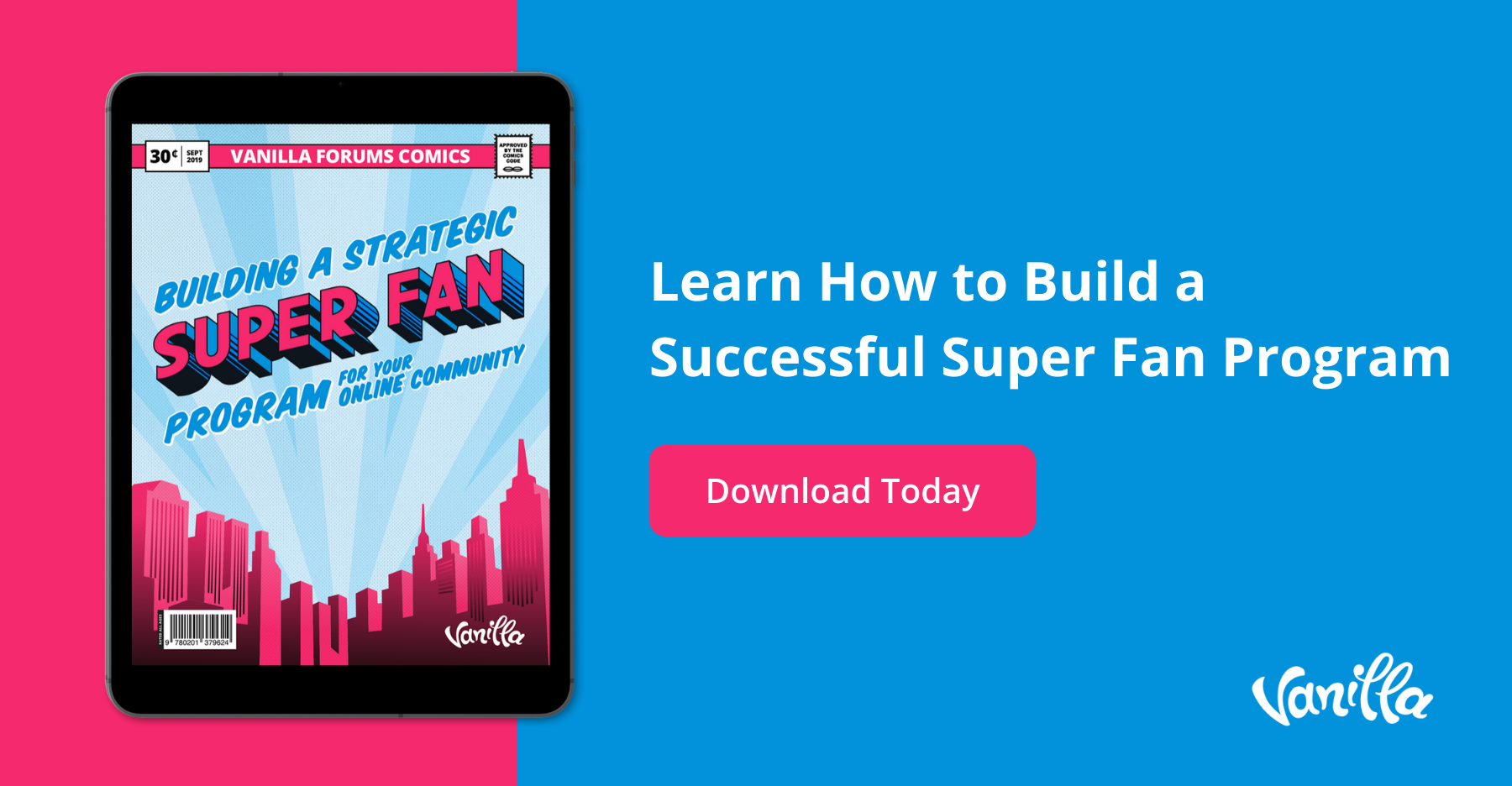