Through all the noise and excitement, we witnessed three main winners: VR booths and content, indie publishers, and bigger, brighter displays. Read on as we dish it out below. 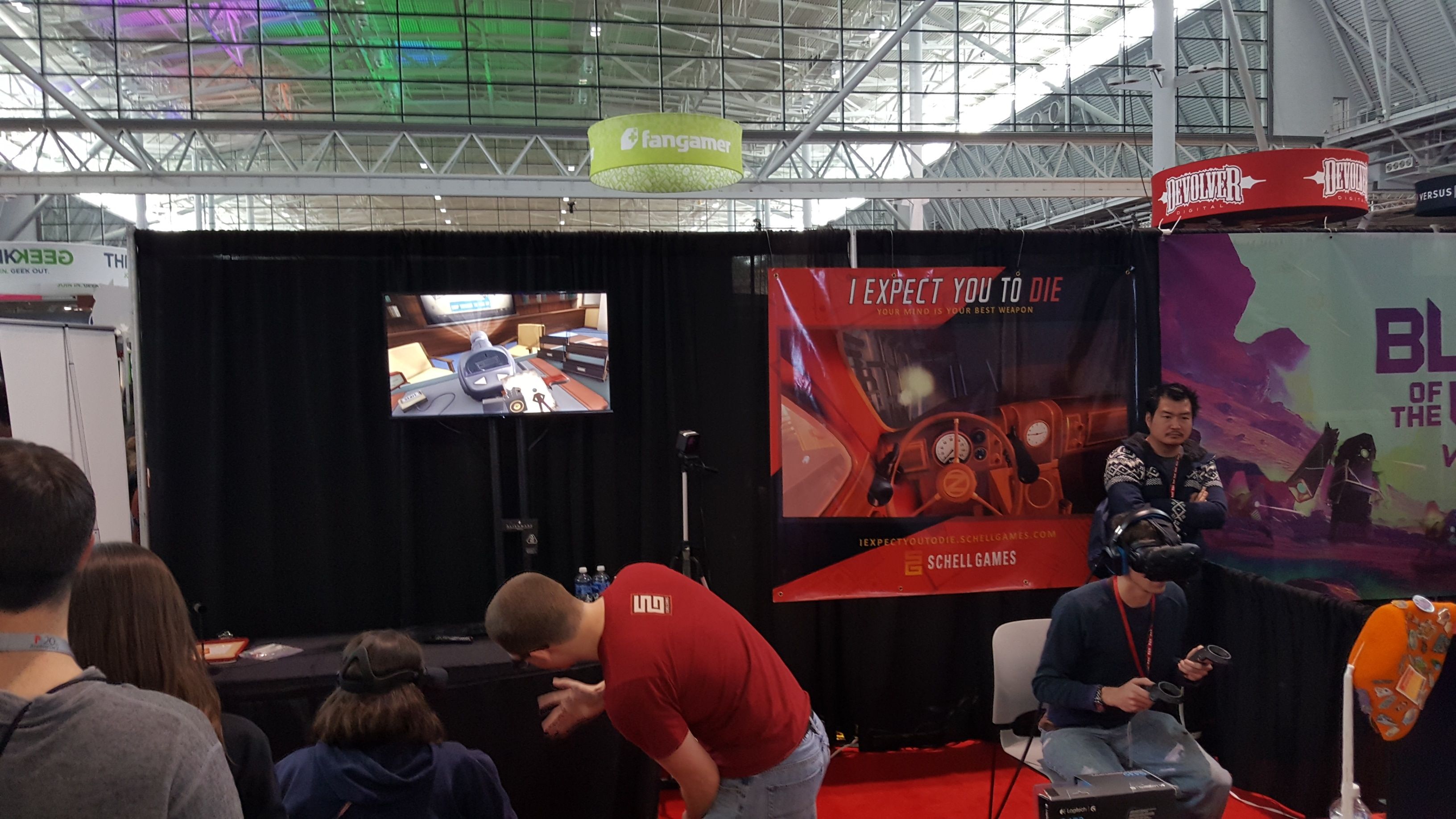 It’s taken years to get VR gaming to where it is today. Initially seen as a niche gimmick, VR headsets have seen consistent growth in attention and “legitimacy” in the last couple years. This is largely thanks to studios taking the time to create truly innovative experiences on new platforms (think Owlchemy Labs). Like last year, the Oculus booth was a popular attraction that wowed the crowds. . And more and more indie games (like GNOG, by KO-OP) utilized VR headsets and controllers, losing the mouse and keyboard entirely.

While still an uncommon sight in the expo hall, the fact that VR had such a noticeable presence at PAX East points to an industry on the verge that’s really starting to deliver content, rather than just an expensive gimmick. The keyword is still expensive, however, as most VR setups cost more than many attendees’ computers. 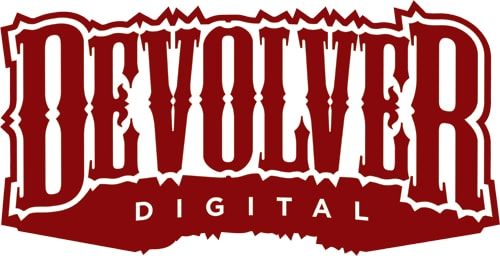 … and they’re giving us real Indie Megabooth vibes. While Adult Swim Games and Devolver are no strangers to PAX East, it took a couple years to realize the mini-ecosystem they’ve been developing. Now a massive player in significant industry events, Indie Megabooth has created major appeal simply because attendees can walk around and observe dozens of unique creations quickly. 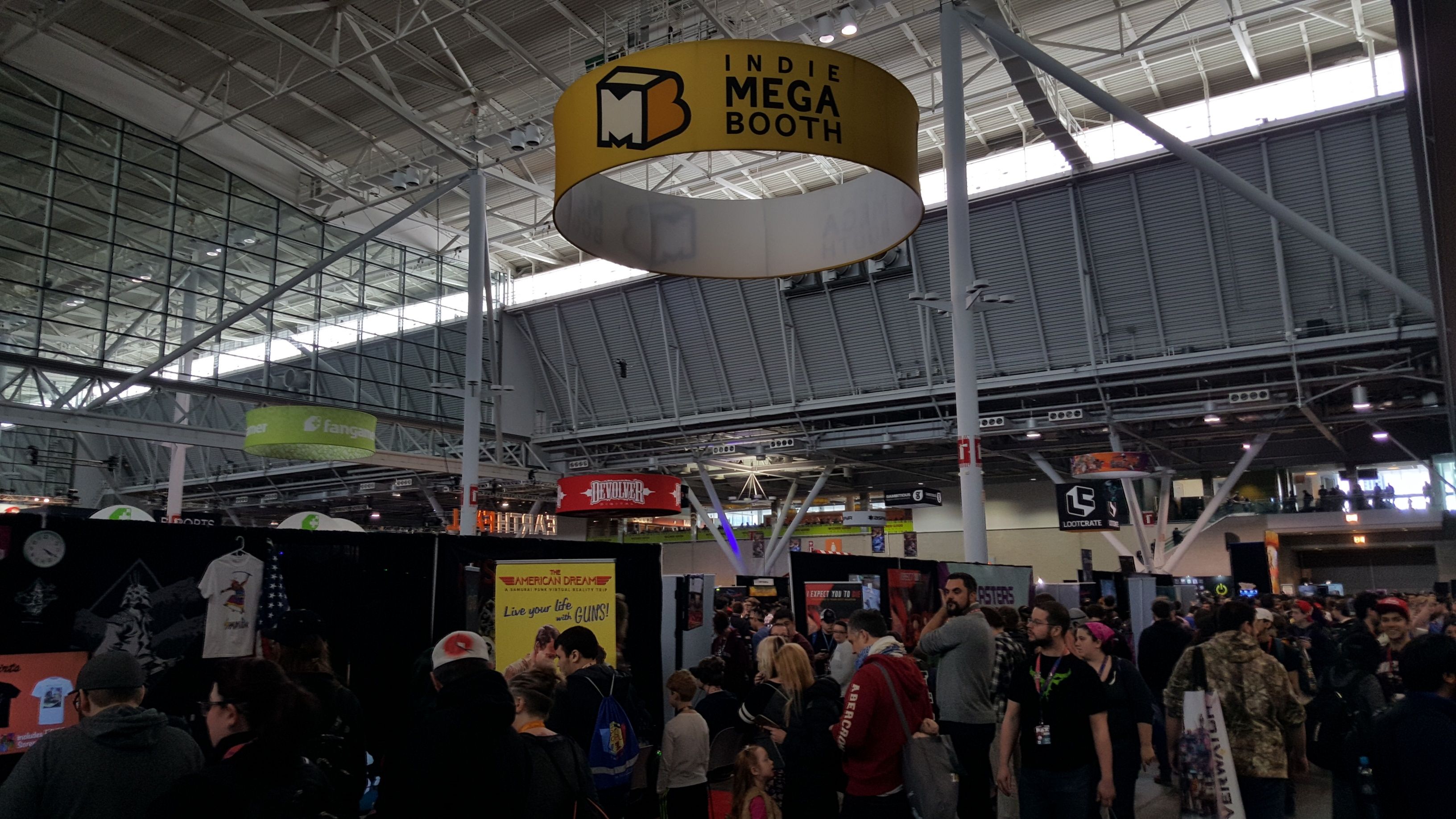 Publishers emulate that experience by bringing their partnered studios along for the ride, and feature a dense array of games that reflect the publisher’s identity (i.e., gritty violence from Devolver, a blend of artistic humor from Adult Swim Games, etc.). Savvy publishers know it’s a strong move to create a branded equivalent to their gamers’ desired experiences. 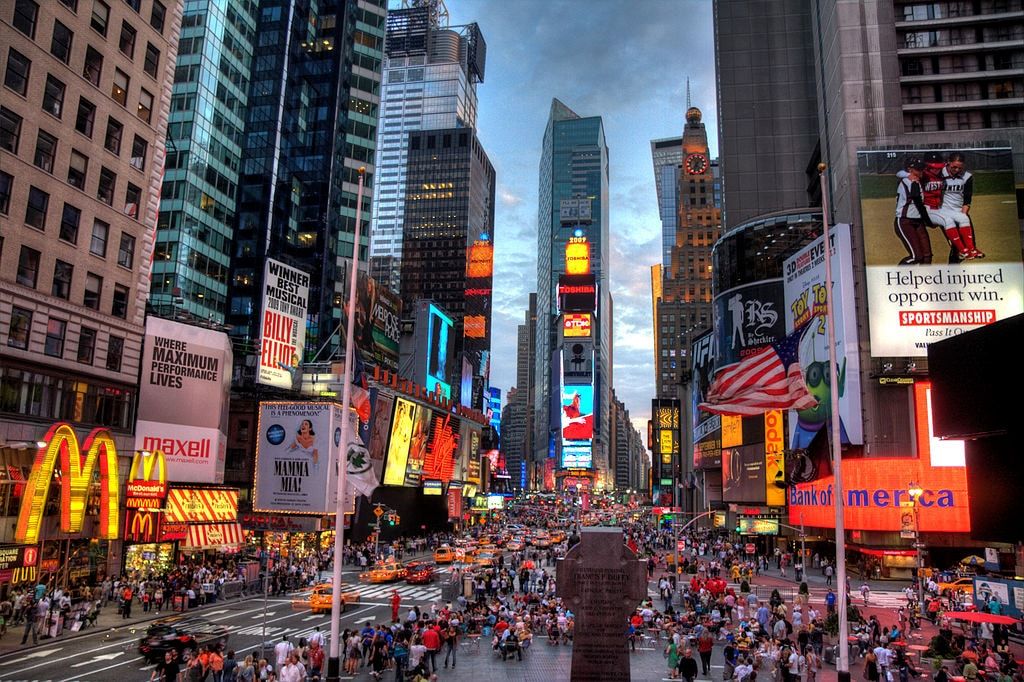 Bigger Really IS Better – and Brighter!

PAX 2017 was like the Times Square of gaming events. With a subtle change to booths of all sizes, you couldn’t help but notice the abundance and enormity of all the outward-facing screens. And like the philosophy behind Times Square, visitors were happier and more entertained, meaning more likely to buy.

This identifies a fundamental shift in the interest in gamers; if you attended PAX East 2014, you would have seen Borderlands 2 the Pre-Sequel hidden away in a gigantic dome. Attendees waited for hours to sit down and watch the new game for five minutes and then receive a drawstring bag with a few small souvenirs.

In contrast, the largest booths this year felt like esports displays, complete with mirrored arrangements of gaming PCs and gigantic displays showing off featured players. While there were some t-shirts given away, the end goal had shifted – it was less about being the first to play a new game, and more about being the best at playing a new game. Giveaways of years past were replaced with new raffles and contents, and almost always involved social media and taking selfies.

Among familiar faces, Devolver presented Ape Out by Gabe Cuzzillo, and Adult Swim shared Rain World by Videocult, both drawing large crowds throughout the day. The Behemoth was a smash hit as always, this time with Pit People, and Blizzard was packed all weekend without featuring a single playable game: fans just wanted to buy exclusive merchandise. The tabletop gaming area felt bigger than ever, with plenty of hidden gems (such as Pigment from Copper Frog Games, which got a Twitter shout-out from Tycho himself). 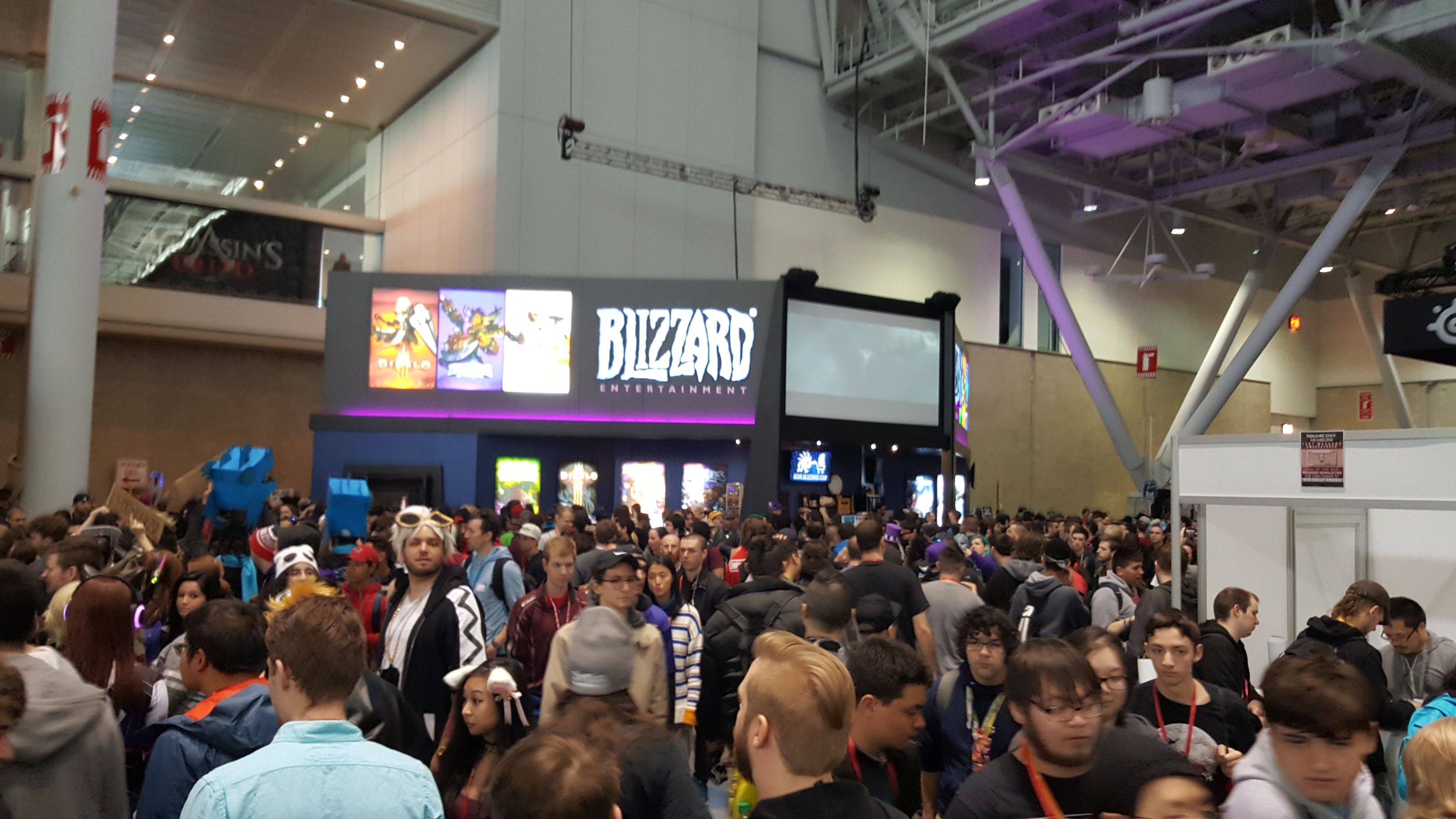 What Does the Future Hold for PAX East?

In light of these big changes, what’s next? Could we see events like PAX East taken over by the little guys? With every year becoming more indie and community-centric, is there even a place for AAA booths in the future? Since League of Legends parted ways with the event, there’s been a noticeable lack in the “impressively massive AAA booth”.

Maybe it’s a financial issue, or maybe it’s a reflection of how the industry is embracing the special brand of personality that comes from smaller teams willing to take chances. Whichever it is, it’s sure to be exciting. We’ll have to wait and see!