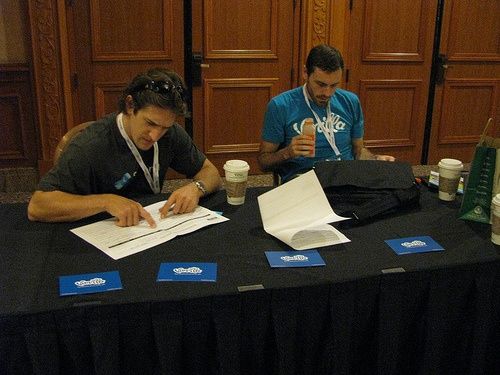 On day 2 of the conference the exhibition floor opened. This is where I spent most of my time. I was really impressed with the long list of sponsors/exhibitors and I had the opportunity to meet some really great people. The floor was very busy. Most attendees spent their time hanging around the floor mingling than they did in sessions or workshops. 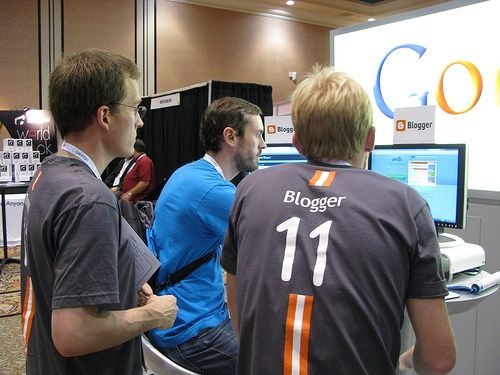 First stop I made on the floor was the Google/Blogger booth. What a terrific bunch, very down to earth and friendly. @sul and I had a great conversation with their team discussing some of the work we’ve been doing at Vanilla with our new Blogger gadget and <embed> Vanilla. We had the opportunity to demo the product and received some really great feedback. We are very excited about the future of this project. 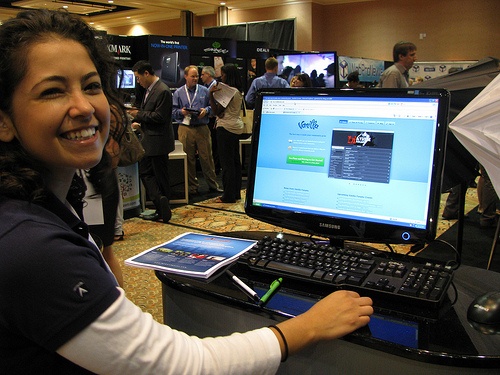 Next stop was the MyOwnSports.com booth. My Own Sports is a really cool online product that allows you to build your own team page with rosters, schedules, photos and more. They are currently working on adding a community for their entire network that will allow teams from different sports all over the world to connect with each other, very cool. I had the opportunity to demo Vanilla with them and they couldn’t have been more excited. 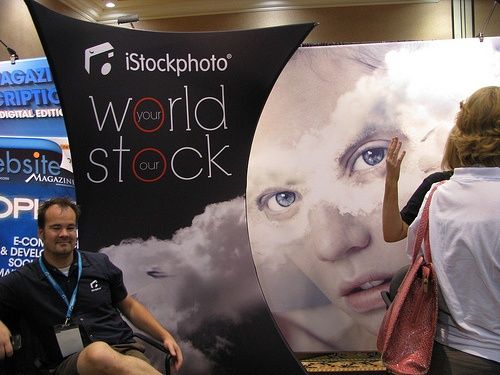 It was also great to see another awesome Canadian company representing, iStockphoto, who were originally based out of Calgary and still have an office there. They had, in my opinion the coolest swag at the show. They were handing out these alien dude bobble heads designed by one of their illustrators plus giving out a 15% discount on all iStock purchases.

A few hours later we checked out a few BlogWorld gatherings and met some really cool people.  Looking forward to day 3, it just keeps getting better and better!